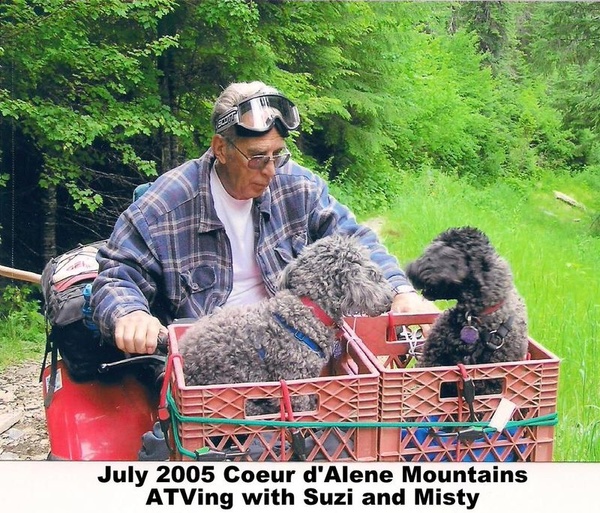 Alfred Clark Harris was born in Spokane, Washington on February 22, 1940 to Ellen and Alfred Harris. He was born at Deaconess Hospital and delivered by Dr. Elizabeth White.

His school years were spent in the City of Spokane School District, graduating from Rogers High School. He attended Spokane Community College taking welding. He worked part time as a young man at the family business, Harris Welding. Most of his working life he was involved with auto parts. At Wendle Ford he was delivery and shipping. The majority of his time at Skaggs Automotive was warranty receiving and shipping. After Carquest purchased Skagg's, Al became one of the night drivers, delivering auto parts to outlying cities and towns as far as Colville, WA and Sandpoint, Id.

He was a member of the Washington Army National Guard prior to his marriage to Jennine M. Riesau on September 24, 1966. As a coincidence, Jennine was also born at Deaconness Hospital and delivered by Dr. Elizabeth White. He was a member of Zion Lutheran Church and sang in the choir for a short period of time.

Al loved to work on old cars and the latest of his vehicles were a 1967 Ford Mustang and a 1955 Ford F150 Pickup. He loved the open road on his Honda Goldwing. He grew up hunting and fishing with his family. He did not hunt with his own children but did take them fishing, camping, and wood gathering. The entire family including grandparents and an aunt enjoyed square dancing together and attended a Square Dance Festival in Penticton, British Columbia.

In lieu of flowers, the family suggests memorial contributions be made to Zion Lutheran Church for Camperships to Lutherhaven Bible Camp..