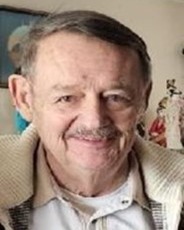 Born August 30, 1942, Andy went to be with his beloved Lord on November 6, 2022. He was born in Spokane, WA to Alfred and Alice Singleton. He grew up in Liberty Lake and attended Central Valley High School graduating in 1960. Andy served in the Navy as an Electronics Mechanic specializing in Anti-Submarine Warfare and as a Career Counselor retiring after 20 years as a Petty Officer First Class. As an entrepreneur, Andy opened his own construction business and later began an EMS career of 6 years leading to 28 additional years as a Paramedic in Wichita, Kansas and Spokane, WA. He met his wife Lenora, and they married April 29, 1995. They were both active members of the communities and their church while enjoying their passions of outdoor life RV’ng, boating, fishing, and golfing. Andy was preceded in death by his parents, his brother Michael and twin brother Anthony. He is survived by his wife of 27 years, Lenora; children, Christopher Singleton and wife Angela (of Georgia), Martin Singleton and wife Connie (of Kansas), Cory Singleton and wife Janet (of Virginia), Eric Singleton (of Kansas), Lora Singleton (of Kansas), Susan Singleton (of Nebraska); step children Luanne Willbrant (of Kansas),  Lonnie Baxa and Theresa (of Kansas), Leonard Baxa and wife Bianca (of California); with a combined 23 grandchildren and 20 great-grandchildren. A memorial service will be held at the Timberview Church, 15511 N. Howe Road | Meade, WA 99201 on January 21, 2023, at 10:00 am. In lieu of flowers/gifts, donations can be made to Timberview Free Methodist Church Benevolence Fund in memory of Andrew Singleton. In addition, a Military Memorial will be held in the spring when Andy is laid to rest at Washington State Veterans Cemetery, Medical Lake, WA.