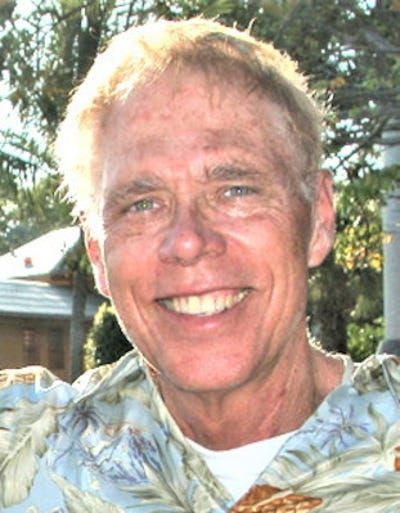 Art Burrows, 86, died on January 12, 2022 after battling dementia and being cared for by his loving wife, Rachel Burrows. Art and Rachel had been married for 63 years at the time of his death. They were married in Worcester, Ma. in 1958 after having met at a social dance club in 1953. Art served in the National Guard in Massachusetts and following his natural abilities in drawing and math began working at General Electric as a draftsman in 1958. Due to the recognition of his talents and strong work ethic, he was given the opportunity to transfer to Phoenix, Arizona at company expense in early 1960. Art and Rachel took their newborn daughter, Donna, and moved to Phoenix where he would live for the remaining 62 years of his life.

Art loved Phoenix and enjoyed hiking, running, tennis, and the many other outdoor sports he could pursue here. He led many groups of hikers with the Sierra Club, was a ham radio operator for many years in the 1960's, and always cherished being with family and friends. He said that after moving from Massachusetts to Arizona, he couldn't stay indoors when each day had beautiful blue skies above. Art and Rachel had their second daughter, Deborah (Debbie), in 1961, and their son, David, in 1970. Art continued to work at G.E., which later became Honeywell, advancing through the company, culminating his career as a software computer programer, retiring in 1988.

In addition to his career, he was able to invest in land in the Phoenix area. He worked incredibly hard, and perservered through difficult times, to provide his family with excellent investments. Although career and investments were important to Art, his family was always his priority. In addition to his loving 3 children, he was a proud grandfather to 7: Amanda Curran, Christopher Curran, Emma Flowers (Underwood), Hayley Flowers (McDonald), Thayer Flowers, Madeline Burrows, and Ethan Burrows. In addition to his 7 fabulous grandchildren, Art was thrilled to have 3 delightful great-grandchildren: Arden Underwood, Sylvia Underwood, and Josie Curran. Additionally, Art is survived by his sister, Patsy Postale.

A memorial service in celebration of Art's life will be held at Virt Hall located in the LifeStream at Youngtown community on Saturday, January 29th, at 2:30 pm.
To order memorial trees in memory of Arthur (Art) C. Burrows, please visit our tree store.