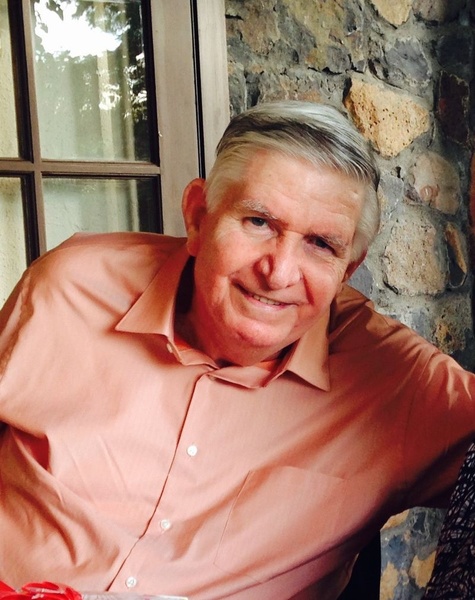 
Arthur Clayton Shelpman, age 76, passed away peacefully on Friday, May 24, 2019, at EverGreen Hospital in Kirkland, Washington, after losing his long battle with numerous maladies including diabetes, kidney failure, and pneumonia, to name a few.

Art was born in Lancaster, Ohio, and lived on his family's farm until they moved to Tucson, Arizona, in 1957. Art graduated from Tucson High School where he received three years of "hands on" automotive training. Upon graduation, Art joined his father and older brother Danny as an apprentice millwright for a few years.

After Art met his future wife, Janice Elaine DeBrosse, he decided to pursue a career with a brighter future and steadier income. Art persisted for 30 straight days in his effort to obtain a job at Tucson Gas & Electric Company (TG&E) until he convinced them to hire him as a groundsman on an electrical crew. Art's advancement to an apprentice lineman was thwarted when he discovered he had a fear of heights and could not work on a power pole 60 feet in the air while leaning nearly parallel to the ground. As a result, he sought continued advancement by transferring to the mechanical maintenance crew where he worked on the turbines and associated equipment. Art served several years as supervisor of the mechanical maintenance crew at the Springerville Power Plant in northern Arizona prior to his retirement in 1990 after 28 years of service.

Upon his retirement from TG&E, Art and Janice left northern Arizona, relocating to the more temperate climate of the Seattle area where they fell in love with the beautiful Mill Creek area and purchased a condo at St. Moritz in 1994. Art found employment with TUCO Industrial Products where he diagnosed the cause of mechanical problems with heating and air conditioning equipment and provided innovative solutions. He also became very involved in the St. Moritz community where he served for several years as a board member and director of maintenance and was part of a two-man team who coordinated an extensive rehab project.

Art became adept at TG&E and TUCO in identifying the cause of mechanical problems and applying the construction skills he gained while adding an addition, by himself, to his home in Tucson and while assisting many friends and neighbors with construction of their own patio and wall/fence projects. He provided creative solutions and applied his skill both at work and at home as well as to the entire St. Moritz community, whether mechanical, electrical or construction related. His wife Janice remarked that they had never needed to call a repairman except when the refrigerator broke down. He could have fixed that but it would have invalidated the warranty!

Art possessed a great sense of humor and was a pleasure to be around. He left everyone with whom he came in contact, with a smile on their face.
Art was a loving and considerate father and husband who enjoyed camping with his family in the White Mountains as well as traveling extensively throughout the US. His interest in European travel was sparked by a family trip to Europe upon his daughter Jackie's high school graduation. In addition, a cruise to the Hawaiian Islands on their 25th wedding anniversary led to several subsequent cruises and land excursions throughout Europe. They also enjoyed co-hosting dinner parties with a number of St. Moritz residents where Art was the primary chef, as well as hosting an annual Christmas party for all St. Moritz residents for 25 years until health issues prevented it.

Art is survived by his wife Janice of 56 years, his daughter Jacquelyn Ann Shelpman-Woolery of Portland, Oregon, and his brother Danny Shelpman of Amarillo, Texas, as well as several nieces and nephews of Tucson, Arizona. He was preceded in death by his son Robert Wayne Shelpman, his sister Betty Lou Madden, and his parents Clayton and Beryl Shelpman, all of Tucson, Arizona.

A Celebration of Life was hosted by Art's wife Janice and his daughter Jackie at the Shelpman condo on Saturday, June 8, 2019, for his many friends and neighbors at St. Moritz.
To order memorial trees in memory of Arthur Clayton Shelpman, please visit our tree store.
Send a Sympathy Card