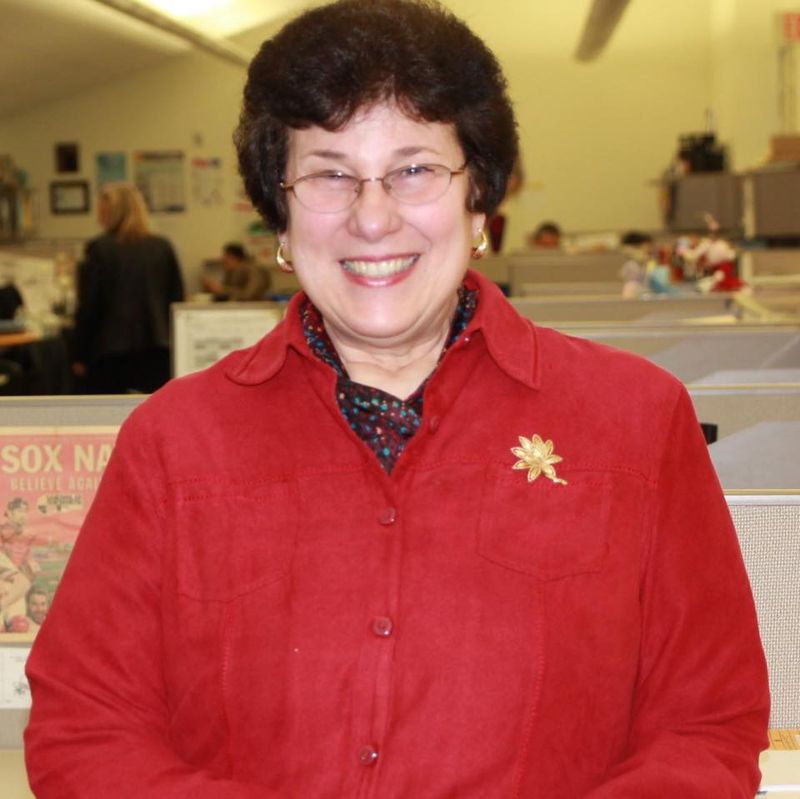 Barbara Venezia Tozzi of Lakeway, TX passed away peacefully surrounded by her loving family on March 7th, 2021. She was born to Charles and Carolyn (Tagliarini) Venezia in Brooklyn, NY and lived in Middletown, NJ for 33 years before moving to Texas 2.5 years ago.
Barbara was a devoted and loving wife, mother, grandmother, cousin, friend, and teacher. She absolutely cherished her precious granddaughters.
Barbara married Robert J. Tozzi in 1974, and they began their married life in Staten Island, NY. Together they raised their greatest accomplishments, Lisa Marie (Rogers) and Robert Louis. When they moved to Middletown, NJ in 1985, Barbara continued to teach mathematics at Brookdale Community College in Lincroft, NJ. She was also an active volunteer at St. Leo's CCD and in the Girl Scouts.
Barbara loved her students and colleagues at Brookdale. As a professor of mathematics, Barbara remained grateful for the many opportunities that Brookdale provided. In the year before she retired, she was awarded a transitional sabbatical which allowed her to create an Introductory Algebra textbook with her colleagues. That book is still available online for free to all students taking MATH 021, Introductory Algebra. During the January 2021 convocation, Barbara was awarded the title "Professor Emeritas" in recognition of serving the Brookdale community with honor and distinction for more than 25 years.
In 2004, Barbara decided to follow her own advice about the importance of education, which she always shared with her students. She entered a doctoral program at Rutgers University. Her Ed.D. in Math Education was conferred in 2011.
Barbara lived by the tenets: be kind, get involved (or don't complain about it), and be grateful. She had planned to work with new math teachers after retirement, hoping to share her love of teaching that discipline. But a diagnosis of a rare and aggressive sarcoma in Oct 2018 changed her plans. After a miracle surgery at Memorial Sloan Kettering (MSK), she was able to advocate for the funding of research for rare cancers. She was a moderator for the Facebook Pecoma Warriors group.
Barbara was grateful for the years following that surgery. When she moved to Texas in December 2018, she was led by the Holy Spirit to take Bible Study classes at the Lakeway Church. This new found relationship with God was essential to her peace of mind and well-being as she fought cancer. She was also a devout parishioner of Emmaus Catholic Church.
Barbara embraced life with her beautiful smile. She loved to travel, especially with her family. Barbara enjoyed water aerobics at Rough Hollow, as well as her trivia group and the book club at The Hills Country Club. She was webmaster for the NJ Aviation Education Council, had a motorcycle license, and was at level 5911 in Candy Crush!
Barbara is survived by her husband of 46 years Bob, son Bob, daughter Lisa and James Clayton Rogers, granddaughters Carolina Marie and Lydia James Rogers, and niece Diana (Venezia) Bradley. Barbara is preceded in death by her brother, Charles N. Venezia. She is very grateful for the love and support she continuously received from her husband and family, her cousins, and her NJ and TX friends and neighbors. She wanted to express her gratitude to Hospice Austin and her brilliant doctors: Dr. Elizabeth Jewell at MSK, Dr. M Alejandra Zarzour at MDA, and Dr. Jeff Yorio at Texas Oncology.
Barbara will be remembered at an Emmaus Mass at a future date. Donations can be made in Barbara's memory to Hospice Austin, Memorial Sloan Kettering, or MD Anderson.
To order memorial trees in memory of Barbara Ann Tozzi, please visit our tree store.
Send a Sympathy Card