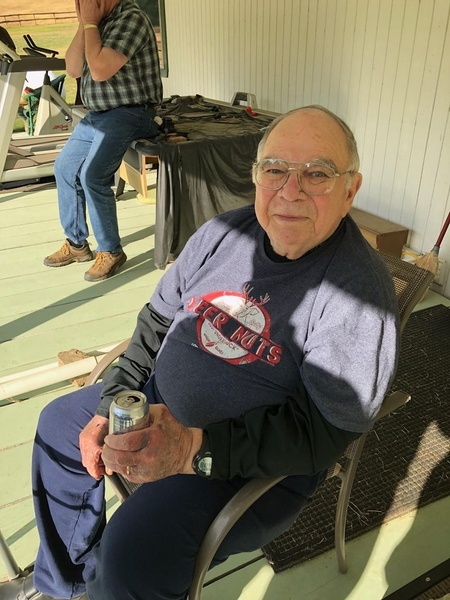 Billy "Bill" Clyde Woody was born on November 29, 1930, in Herpel, Arkansas, to David and Mary Woody. Bill married his beautiful sweetheart, Vallie "Val" Husband, on August 30, 1952. Together they raised four children; Debra, Keith, Ken, and Darla. They also went on to raise nearly 30 foster children. Bill was also a Veteran of the Korean War. Later, Bill and Val spent the last 25 years of their life as residents in Salem, Oregon.

Bill went to be with his Lord and Savior at almost the age of 91, on September 19, 2021, in the comfort of his home surrounded by his family. He lived a full, and godly life, with a mischievous smirk always on his face. On his 89th birthday his only wish was to ride a horse while in Montana. He did so….with a smirk of satisfaction plastered on his face, to the amazement and relief of his family and friends. He was always full of life and love; heaven will not be the same now that he has entered the pearly gates.

Bill is survived by one sister, one brother, four children, five grandchildren, and five great-grandchildren.

Bill was loved by many and will not be forgotten.
To order memorial trees in memory of Billy Clyde Woody, please visit our tree store.