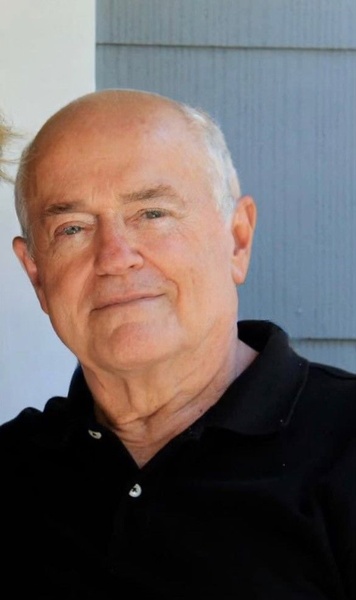 Our Dad, Carl Allen Boatwright, gained his angel wings and went to be with our Savior on September 10th, 2021. He was born in Ft. Worth, Texas on October 10, 1937 to Jim and Allene Boatwright. He graduated from Temple High School in 1955. Dad continued his education at Texas A & M, graduating with an Electrical Engineering Degree. He spent many years working with Texas Electric before changing careers to Christian Education and fundraising for non-profit organizations.

He married LaWanda Sue Taylor on June 19th, 1954 in Temple, Texas. Four daughters were born from that union, each of them he called his "favorite"! Dad was a deeply devoted Christian man, working endlessly helping others. He never met a stranger and NEVER let an opportunity pass where he could speak of our Lord and read from the Bible. Our family left Texas in 1966 joining an Exodus Group to New Jersey to start a new church known as Garretson Road Church of Christ. This church is active to this day.

On March 11, 1995, he married Helen "Chica" Greenlee in Dallas, Texas. They later moved to Fredericksburg, Texas to care for her father Ralph Greenlee, MD and his wife Martha Madsen Greenlee. He has made many friends there worshiping at several different churches, teaching bible classes, and spending time playing chess, riding his bike or scooter through the town with their dog Dixie, speaking with people about Jesus.

Dad loved all his family immensely, spending time with each one as much as possible, making them each feel special.

He was an avid Chess player! So much so, he played a snail mail game with a friend across the country lasting for over 6 years.

Dad has been in a wheel chair the last several years of his life, but is now whole again. He was well loved and cared for by his wife, Chica. Though we will miss him, we know that we will be together again.

Dad was preceded in death by his parents and a grandson, Nathan Allan Schartz. He is survived by his wife Chica Greenlee, his daughters, Sherry (Bob) Barnes, Alicia (Tom) Chadwick, Carla Harrington (Curtis Land) and Kindra (David) Needham. Three stepsons, Robert Sanderson, George(Mandy) Sanderson, and Charles (Melanie) Sanderson, sister Janis Boatwright,17 grandchildren and 10 great-grandchildren, along with Sue Taylor, and many other family and friends.

Thanks to all who conversed, played chess, studied scripture, worshiped with and loved our dad, husband, father, grandfather, and great-grandfather.

Services will be held at the Bridge Church in Fredericksburg, Texas on Saturday, October 9, 2021 at 1:00 pm. In lieu of flowers, donations can be made at the Good Samaritan Center in Fredericksburg.
To order memorial trees in memory of Carl Allen Boatwright, please visit our tree store.