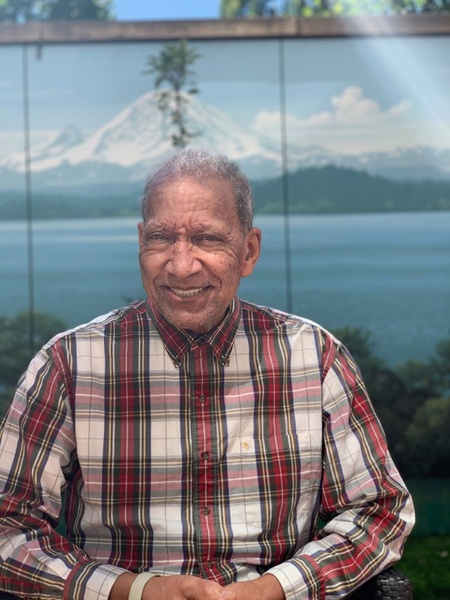 Carl Lee Rabun, Jr.,74, passed away unexpectedly and peacefully on August 20, 2021, at his Memory Care residence in Seattle, Washington. He was a beloved father, papa, brother, uncle and friend. He was a resident of Kent, WA for nearly 30 years prior to moving for care.

Carl was born on March 1, 1947, in Berkeley, California, to Carl Rabun, Sr. and Maria Medora Rabun, the second of four children. To accommodate a growing family, in 1956, the family relocated to East Palo Alto where he and his siblings played hide and seek, basketball, football, baseball and fished in Peninsula Bay waters.

Every summer the family camped throughout the state of California and as a youngster Carl always said his dream job was to become a Forest Ranger. The family moved to San Francisco in 1963. Carl was a voracious lifelong learner, studied hard and worked part-time at the main library. He graduated from Ravenswood High School in Palo Alto in 1964.

While many men were sent to Vietnam, Carl was accepted at California State University, San Francisco. As a student he had a draft deferral, while his older brother served two tours as a Marine in Vietnam. After graduating from college Carl joined the Army, serving two years at Ft. Lewis in Tacoma, Washington where he would later settle, get married and have two children. Following his army service, he began working at the Social Security Administration where he enjoyed a thriving 36-year career and retired in 2007 with 40 years of combined service to the US Federal Government.

Carl was a phenomenal father to his children, Tisa and Trey, whom he was very much proud of. He beamed with adoration anytime he spoke of them, their many accomplishments, and his grandchildren. Family and friends described Carl as a beautiful person, inside and out, with one friend even commenting that "Carl was the nicest human being she ever met." Carl was an avid cyclist and enjoyed living a healthy and active lifestyle, including skiing and sailing, until he was diagnosed with Alzheimer's in 2017. He also loved traveling, jazz music, baking and sports cars.

Additionally, Carl was a friend to many, mentored numerous young men, and was someone everyone could rely on. Carl is survived by his daughter, Tisa Marie Rabun and granddaughter Addison; and his son, Carl "Trey" Lee Rabun III, husband Philip and grandson Reggie; his longtime partner Virginia Flowers; and former wife and friend Kimi Ginn. He also leaves to cherish his memory with his sister, Ria Dora Rabun-Persinger (James), a younger brother, Claude Lee Rabun, and a host of nieces, nephews, and circle of dear friends. His older brother Curtis Lee Rabun (Ruthie), and parents preceded him in death.

The family will gather on September 26th for a private memorial service to celebrate his life and legacy.

In lieu of flowers and other offerings of condolence, the family suggests contributions made in Carl's name to AfricanAmericansAgainstAlzheimer's (an affiliate nonprofit of UsAgainstAlzheimer's) or to The Breakfast Group, an organization of civic minded professional African-American men dedicated to mentoring and addressing the challenges of at-risk youth of color, focusing on black males, where Carl served on the Board and was a volunteer for over 20 years.
To order memorial trees in memory of Carl Lee Rabun, please visit our tree store.
Send a Sympathy Card