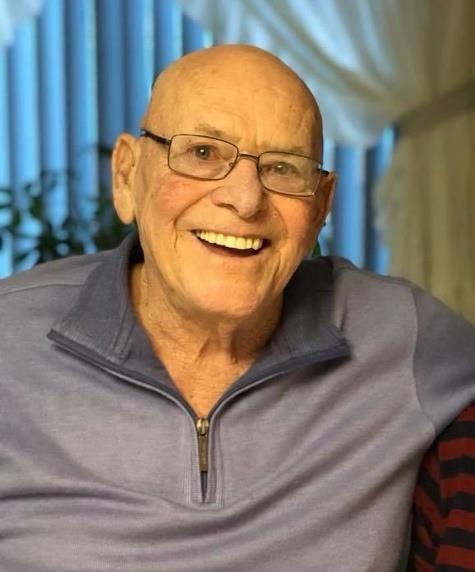 Charles was known to most folks as Chick. He was born in Neosho, Missouri on June 6, 1934, and just celebrated his 88th birthday. Chick passed away peaceably on Sunday, July 3, 2022, in Fairfield, CA.

He is survived by his wife and love of his life, Gladys. They would have been married for 69 years this August. Daughters: Kim Cupples (Dave), Julie Parodi (Tom); Son: Scott Lawrence; Sister: Linda Neemeyer; Brother: Jonny Lawrence. He leaves behind grandchildren: Ken, Megan, Michael, Ryan, Chelsea, Christopher, and Elliott Colleen. He leaves behind greatgrandchildren: Isabella, Luke, Nathan, Hope, Kaeden, Isaac, and Olivia.

Chick spent his formative years in and around Palmer, Nebraska where he met and fell in love with Gladys. Chick served his country in the US Navy from 1952 to 1955 on the USS Cape Esperance and served in the Korean War. Chick and Gladys settled in Vallejo, California to raise their family. He later joined Local 378 Ironworkers Union in Emeryville in 1955 and retired in 1989.

Chick never met a person he couldn’t talk to and was known by all to be a jokester. He loved to tell jokes (even to perfect strangers) and he was always a smiling, happy guy. Playing the guitar and singing gave him joy and he often played in his brother’s band when he visited his childhood home in Nebraska. He was a regular for years playing golf at Blue Rock Golf Course. He loved watching Oakland Athletics and San Francisco Giants games on TV. One of his favorite things was traveling with the family every summer cross country in their trailers and motorhomes. Chick loved life and making forever friends. He will always be our Okie from Muskogee.