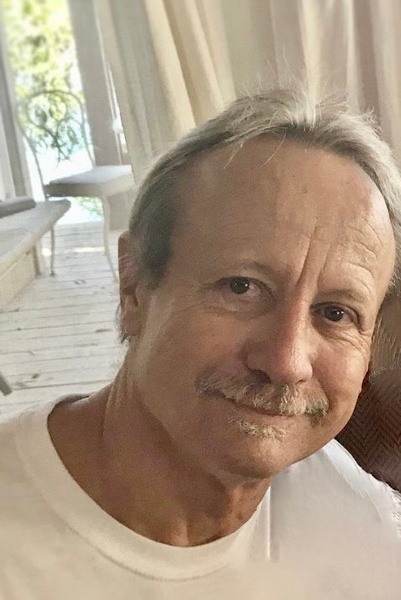 Charles ("Chuck") Edward Purdy passed away on October 4th , 2020 in Arizona at his vacation home at the age of 68. He is survived by his beloved wife, 3 children, 6 grandchildren, 7 surviving siblings, and an extended family of relations and friends from every walk of life.

Chuck was born on May 16th , 1952, in El Paso Texas. He was the second child with 5 siblings, (3 sisters) Margaret N. Purdy Upchurch, Diane D. Purdy Markham, Christie A. Purdy Douglas and (2 brothers) Harold S. Purdy Jr., and Johnnie G. Purdy, children of (predeceased) Harold S. Purdy Sr. and Zelma M. Hughes Purdy.
He also had 4 half-siblings (1 brother and 3 sisters) (predeceased) Donald J. Pitts and (predeceased) Georgia B. Henslee. Sharon Tamara Purdy Martin and Bonnie J. Purdy Toussau- totaling of 9 siblings altogether. Chuck had a huge Texas family, that he loved very much. Chuck was extremely close to his mom Zelma; he would always talk about what a great cook she was. He loved her fresh baked pies, fried chicken, fried okra and the sweet iced tea he would drink after a long hot day. She passed away at the age of 51 years old of a brain aneurysm, when he was 21 years old. As such, his bond with his siblings became very strong and so special. They all looked out for one another and were always there for each other, no matter what.

Chuck's family moved around a lot when he was younger, back and forth to California and Texas multiple times. He spent 10 years of his life in Texas where he attended public school and made many accomplishments. As a child, he was a student in the golden gloves boxing program in Texas. He moved to California for the final time at the age 10 years old, in 5th grade, and attended South Gate Junior High School. While there, he finished 2nd place in the high bar category in the state of California.

He loved the new California life style, as he had a passion for surfing and studied all the techniques to become an avid surfer. As he grew older, he attended Bel Gardens High School. While there, he enjoyed track and field and was awarded multiple medals for his speed. Shortly after high school, he moved in with his cousin (now predeceased) Kent Carter. There was no denying how close they were. Kent was very special to him in his life, and they were 2 peas in a pod. They did everything together. Chuck had said he was like a big brother guiding him through life. At the age of 17 years old Chuck had his son Charlie S. Purdy Cooley. Being a young father, he pursued finishing up high school and later attended Cerritos College and received his certification to become a CNC machinist. He found his new niche that he was good at. Chuck worked as a machinist at various companies fabricating satellite parts and Boeing airplane projects. He was awarded several metals for being the top machinist. He worked for 35 years before he retired at the age of 55 in 2007.

In 1974, he met his wife Marilyn Murbach Purdy, and he found his perfect match and the love of his life. Chuck told the story of how it was "love at first sight" when he first saw her open the door on their first date. He always talked about how beautiful she was and how lucky he was to have met her. He talked about how she was the right woman for him, when she could out run him on the beach, and do all the fun outdoor things he loved to do. They shortly were married October 24,1976 after just 2 years of dating. Together, they had 2 daughters, the first named Tanya R. Purdy Priebe and then along came Jennifer L. Purdy Kast. Marilyn and Chuck would have been married 44 years this October 24th, 2020.

Chuck loved being with his family and friends. He was a true outdoors man. He valued being with family and loved to have fun with them as much as possible. He enjoyed taking those long beach days, listen to his music and surf those long surf sessions with his son and son-in-law. He loved going on long Harley rides with his brothers, showing his kids how to do projects around the household, and he enjoyed teaching his kids and grandkids the simple tasks around the house. He treasured going camping, fishing, surfing, dirt bike riding, enjoying the family outings on the lake for boat rides, and water skiing. In the winter months, he would love to take great family trips to Big Bear and Mammoth to snowboard and make snowmen.

In addition, Chuck was a lifetime fisherman, and he enjoyed teaching his son, daughters and grandchildren how to fish. His true joy was to catch the big fish, as he would regularly go deep sea fishing. Catching a fish out of the ocean was always the ultimate fight and his favorite joy of the day. He would always say after a great catch, "that fish put up a good fight". Throughout his life, he shared his love and teaching moments to every one of his children and grandchildren. Chuck was blessed with 6 grandchildren (3 boys and 3 girls): Maddux K. Kast (12), Makena K. Priebe (12), Jaxon R. Kast (9), Kaela M. Priebe (8), Lennon R. Galvez (3) and Marley A. Galvez (9mos.). All his grandkids looked up to him, as they loved his contagious silliness, his playfulness and his fun side that he shared with them. His favorite thing to do with the grandchildren was to chase them and play with them like he was a big kid himself. All the kids would say, "he was the best grandpa".
Chuck was a wonderful man, and he always had so much love to give. He will truly be missed by all his family and friends.

We will always remember Chuck when the sunset sets over the ocean, as the cool ocean breeze comes, riding those crazy waves, taking those long Harley rides, catching that perfect big fish and listening to his favorite Eagles tunes. Chuck's family will make sure to carry on his wonderful legacy that he has left behind. Chuck was cremated at Smart Cremations in Arizona, on Wednesday October 15th, 2020.

The family plans to have a celebration of life ceremony, to be announced soon.
To order memorial trees in memory of Charles Edward Purdy, please visit our tree store.