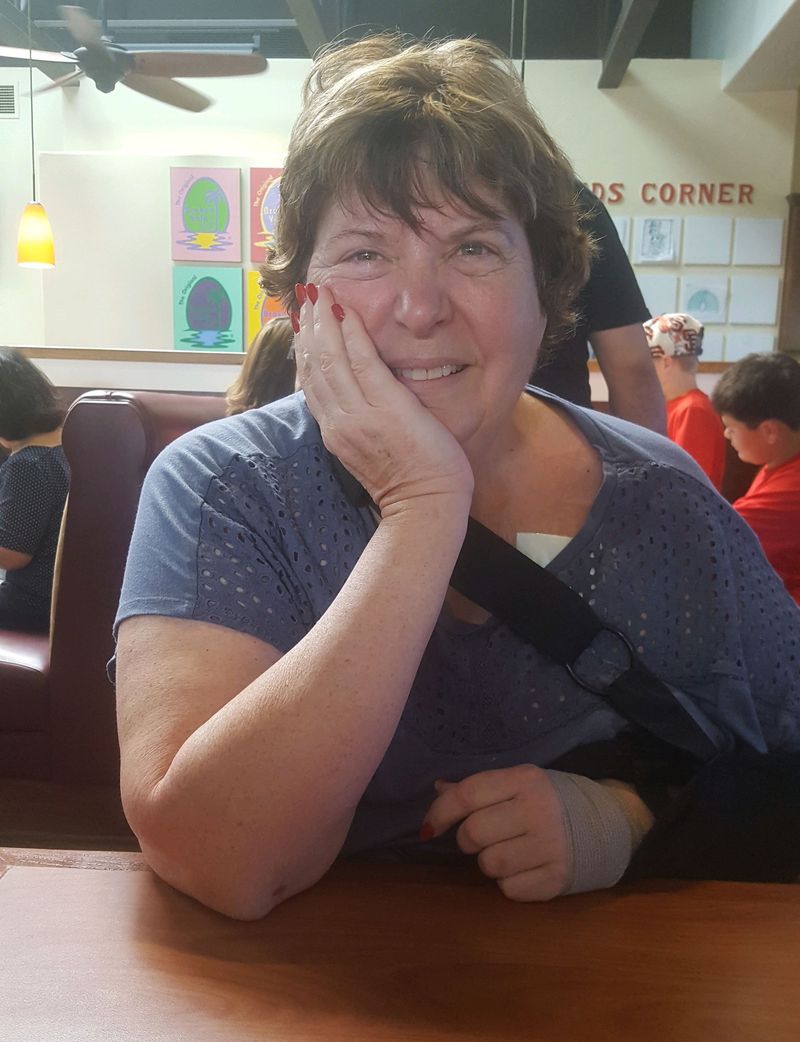 Beloved wife and mother Cher Young passed away unexpectedly on Thursday, May 7, 2020. She had had a bad fall at home the previous day and was in the hospital being treated for injuries she had received and seemed to be doing well when she was fatally struck by a heart attack. She was two weeks shy of her 70th birthday.

Cher was born in Wauwatosa, Wisconsin but was adopted by Rozella and Larry Bylander when she was a toddler and taken to live in Fairmont, Minnesota, where she grew up. She met future husband, Tom Young, in the Binghamton, New York area in 1970 and they were married on October 1, 1972 in a very small ceremony in Huntsville, Alabama, where we were living at the time. When an opportunity came up to travel and work abroad for the U.S. Department of State, Cher eagerly jumped at the opportunity. She moved to Washington, D.C. with Tom for training then on to their first overseas assignment in Tunis, Tunisia, where son Travis was born. That assignment was followed by nine other overseas tours as they bounced around the world living at various times in South America, North Africa, the Caribbean, Australia, the Middle East, and Europe. Cher took to the travel and the international lifestyle enthusiastically and the couple spent 35 wonderful years traveling the world together.

In 12 years of retirement, Cher made many friends here in San Diego. She was an expert in knitting, sewing, crocheting and needlepoint and enjoyed teaching others those skills as much as she did completing her own projects. In the past two years she taught herself how to make quilts and produced over 50 of them, which she took great pleasure in gifting to family and friends. She also became an excellent bridge player, participating in three-to-four games a week with her friends in the area. When she wasn't physically sitting at a bridge table, she often was seated at her computer playing bridge online with people around the world.

Cher also was an excellent cook and especially enjoyed baking goodies for guests and friends. Her amazing key lime pie was a hit with everyone who tried it, as was her excellent cheesecake. She was a great lover of animals of all kinds and doted on her two dogs, Bonzer and Dori. She rescued a turtle from the middle of a road about two years ago and kept it in the pond of the backyard water feature and loved spending time just watching it. Not content with helping only her own animals, Cher gave generously to many animal rights and rescue charities.

More than anything, however, Cher was a wonderful, kind, loving and caring wife and mother and was greatly looking forward to Travis and daughter-in-law Liz Chen's planned move back to San Diego. She is missed terribly by us and all who came to know and love her. She is gone far, far, too soon and, while the world is poorer for her loss, it is far, far richer for having had her in it for nearly 70 years.

In addition to Tom, Travis, and Liz, Cher is survived by her sister Debbie Fritz of Red Wing, MN, brother Randy Bylander, of Yankton, SD, and by Tom's siblings, Sally Ditto and David Young, of San Diego, and by Susan Koerwer of Philadelphia, and Diane Schifflin of Las Vegas, to whom she was more sister than sister-in-law for nearly 50 years.

In lieu of flowers, those wishing to do so are asked to make a donation in her name to any one of the charities she regularly supported. Among others, those include; The Audubon Society, Defenders of Wildlife, Guiding Eyes for the Blind, Ocean Conservancy, The San Diego Humane Society, and Defenders of Wild Life.

A memorial service for Cher will be held at a time when it is safe to gather together in large groups again. In the interim, the family hopes that you will keep Cher alive in your hearts and thoughts.
To order memorial trees in memory of Cheryl Lynn Young, please visit our tree store.
Send a Sympathy Card