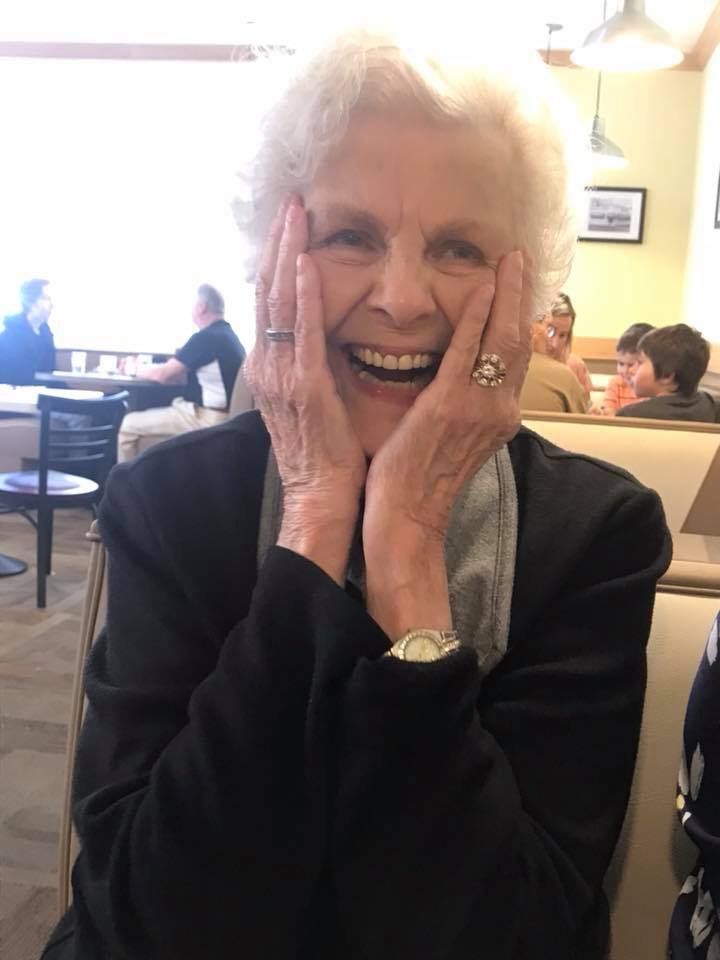 Claova Margaret Wahl Johnston was born in Laramie, Wyoming, on March 24, 1931. She departed Salem, Oregon to her heavenly home on Tuesday, September 17, 2019, with daughters Diane and Carol by her side.

Claova (Cla) was dearly loved and respected for her warmth, kindness, intelligence and wit. Her love of Jesus and desire to follow Him made her a strong pillar of wisdom and encouragement to those fortunate enough to know her. She showered her children with unconditional love throughout their lives and continued to their children and children's children. She was a respected member of the churches she attended through the years including Emanuel Bible Church in Salem.

Cla spent most of her childhood growing up in Wyoming with her parents Fred and Margaret Wahl and brother Allen. Her father was transferred to Los Angeles as a pilot for Western Airlines in 1949, where Cla spent her senior year graduating from Washington High School. She went on to attend Pepperdine College in Los Angeles where she met her husband, Thomas Earl Johnston.

Earl and Cla were married on September 15, 1950. Earl graduated from Pepperdine going on to a career with JCPenney, while Cla maintained the home front for the next 53 years. They had four children -- Diane, Tom, Carol and Mark -- born from 1952 to 1962. When Earl passed away in 2003, Cla moved from Tacoma, Washington to Silverton, Oregon to live with her youngest son, Mark and his family. Last year, she moved to Salem to live with her daughter, Carol.

Cla is survived by daughter Diane and her husband Ken; son Tom and his wife Mary; daughter Carol; and son Mark and his wife Rennell. She has 29 grandchildren and 23 great grandchildren with 2 great-grandchildren both due October 15.
To order memorial trees in memory of Claova Margaret Johnston, please visit our tree store.
Send a Sympathy Card