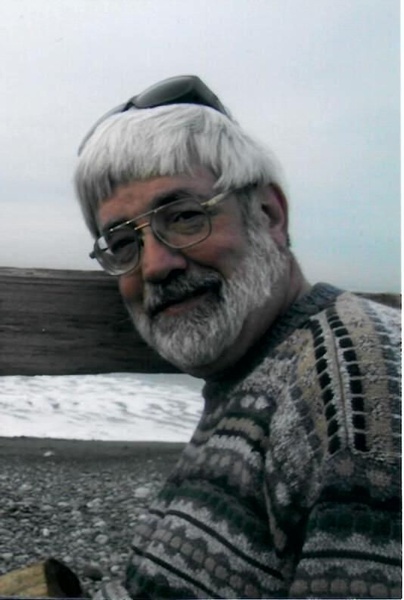 Curtis Stewart Brown Sr. came into this world on March 20, 1940 in Oklahoma City, Oklahoma. His parents John Lee and Helen Grace Brown raised him in Muskegon, Michigan before moving to Ohio when he was 15.
Curt was a 1958 graduate of Springfield high school in Springfield, Ohio, where he was active in drama, learning to project his booming voice (a skill that would come in handy in raising his 5 children). Even in high school, Curt was actively involved in community service, an interest that he carried throughout life and passed on and fostered in his children and grandchildren.
Curt was fascinated with how people moved through life which led him to The Ohio State University where he began a degree in Sociology. He was an active member of the Phi Gamma Delta fraternity. He completed his studies at the University of Louisville earning his Bachelor of Arts Degree in Sociology.
Early in his military career as an officer at Travis Air Force Base in Fairfield, CA Curt's Aunt Sara, asked him to show her former assistant, Mary Case, the sights of San Francisco. On February 15th, 1964 Curt met the love of his life and in typical Curt fashion quickly secured her hand in marriage. Mary inspired Curt as he pursued training in ballistic missile defense systems by baking him a Missile Pie for every exam. After several successful exams (and pies), Curt emerged ready for his new post as a Missile Site Commander in the Titan II Defense Program. He was one of the first officers in the nation to command a missile crew and he performed it with pride; though he never divulged the details of what he did to his kids, telling them instead, "If I told you, I'd have to kill you."
The Browns moved to Derby, Kansas when Curt was stationed at McConnel Airforce Base. Two became three with the birth of Curtis and then four and five with the addition Chris and Sarah, while Curt advanced to the rank of Captain before moving into civil service in 1968 as a management analyst for the Oakland Naval Supply Center. This brought the family back to San Francisco California where twins, Jonathan and James were born in 1969 completing our family of seven. In Oakland Curt worked on the earliest computer system and at least one of his children loved to search his pockets at the end of the day to find and claim the punch cards he used to perform his job.
Curt became Catholic in 1974 His faith guided him to St. Olaf's Catholic Church in Poulsbo, WA where he was a long-time member of the St. Vincent DePaul society served in the Knights of Columbus. Curt delighted in securing the supplies for the parish pancake breakfasts and was president of the Poulsbo Conference of St. Vincent DePaul at the time of his passing. He is remembered as the champion for the establishment of the parish's Simon's Place, a house for homeless families with children.
Curt was a devoted family man and husband who passed away less than a week after celebrating his 56th wedding anniversary where he prepared a lovely dinner for his wife after which they shared a mini vanilla rum wedding cake similar to the cake they had on their wedding day.
Curt was energized by his children and loved to be involved in whatever they were interested in doing. He was so proud that Curtis Jr. joined the military and established a successful career in IT. He cherished Chris's devotion to his family and loved watching him navigate fatherhood so beautifully. He was enamored by Sarah's wacky adventures and loved to talk with her about the places she'd been and the people she knew. Curt treasured his 3rd son Jonathan, with whom he engaged upon a profound spiritual quest that fed his soul and calmed his mind. He was in awe of the gifts Jon shared with him at this sacred time in his life. Curt and James shared a deep love and commitment to the Seattle Seahawks and would text during each game if they were unable to watch together. Curt truly loved this time with James, they shared some of his happiest days particularly when the Hawks were winning.
Curt was a life-long learner, tinkerer, craftsman and gardener. He loved the intersection of science and imagination and delighted in conversations, books, activities, and games that pointed to a hopeful future for humanity.
His is survived by his wife, Mary and his five children: Curtis Jr. (Rose), Christopher (Desiree), Sarah (Gregg), Jonathan (Rochelle) and James (Danielle) as well as 10 grandchildren. A memorial service and Mass of Christian Burial will be scheduled with his family and faith community in the summer after the COVID-19 Pandemic subsides.
To order memorial trees in memory of Curtis Stewart Brown, please visit our tree store.
Send a Sympathy Card