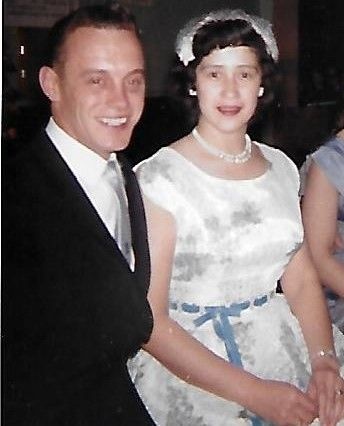 David Richard Davies went home to be with his wife, Emilia Lucille (Archuleta) and granddaughter Michel (Spelger) Hoefling. He was born on October 19, 1934 in Seattle, WA and died July 1, 2020 at Aldercrest Health and Rehabilitation in Edmonds, WA. His parents were Richard Davies and Marie Pauline (Hermanson) Davies, brothers, Bob Handy and Gary Davies (deceased) and sisters Annabelle McFadden and Judy Bruggeman (Earl) both of Wenatchee as well as nieces and nephews.
He leaves his daughter, Geraldine M (Garcia) Spelger (Ernest A), his great granddaughter Chelsea Michelle (Spelger) Jensen (Jeremy) and great great grandson Isaac Scott Jensen, His great grandson Evan Spelger York (Mary Allison), and great grandson Bon S Hoefling. His son Dana Kinsey, granddaughter Sarah and great granddaughter Anissa of Oregon.
He is survived by his sisters-in-law Helen Torres of Albuquerque, NM and Helen Archuleta of San Leandro, CA as well as many nieces and nephews especially loved by Bernadine Martinez, Geo Martinez, Gail Sena and Teresa Torres.
David served in the US Navy from 1952 to 1955. David and Emilia were married in Coeur d'Alene August 31, 1959. He was baptized at St Benedict's Catholic Church in 1984 and their marriage blessed the same year. He was active in the Church, regularly driving the elderly to Mass as well as visiting members with the Host who were unable to attend Mass. He retired from Gans Ink Company in 2007. He was such a funny, happy go lucky man who made friends with every person he met and really enjoyed his retirement years. If you visited him, he was always happy to share a beer. Now he is in Heaven toasting all the friends and family he left behind.
To order memorial trees in memory of David Richard Davies, please visit our tree store.