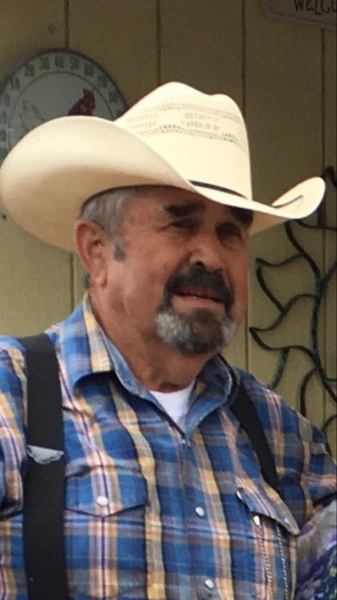 DAVID L. GOODWIN
March 4, 1934 – June 3, 2021
Hartline, WA
David Lester Goodwin, 87, Hartline, Washington passed away quietly to Heaven on June 3, 2021, surrounded by his loving family, following a courageous battle with cancer.
David was born March 4, 1934, the fourth child of Merlin Lester and Marie Dorothy Silva Goodwin, at Fresno, California. A fifth child followed a couple of years later.
He spent his early years in North Fork, California, just south of Yosemite Park, where he attended grammar school. In about 1946-47, his parents bought property in the mountains of Trinity County, a beautiful area called Hoaglen Valley. It was here he spent his summers while going to Sierra Union High School at Auberry, California. He spent his junior year, 1950, attending Fortuna High but returned to graduate with his Sierra classmates in the class of 1951 where he served as class president.
Returning to Hoaglen Valley, he learned the cattle industry and how to track from his dear friend and mentor, Bill Hoaglen. For two years, he and Bill rode the mountain trails looking for cattle while he also worked in his Dad's sawmill, drove log and lumber trucks over the curvy, dirt only mountain roads, and did logging when needed.
In March of 1954 he enlisted in the U.S. Navy where he studied to become an Engineman. His first duty was at Kingston, Washington where he was part of a degauzing crew for ships. From there he was stationed aboard a Navy tug in the Bremerton Navy Yard where they maneuvered ships coming into port. He was then stationed in Astoria, Oregon on a Navy tug that assisted ships coming in across the bar. Following this duty, he was stationed at Pier 91 in Seattle aboard the USS Wilhoite, a radar picket ship that sailed up and down the west coast, protecting western America's shores. He was honorably discharged in April of 1958.
In 1954, while stationed at Kingston, he met his future wife of 65 years, Patti Jess, at a dance at the Kingston Grange Hall while she and her friends were at the Jess's summer home at Hansville. One-and-a-half years later, May 26, 1956, they married at the Hartline Methodist Church, the day after her high school graduation. They honeymooned at Reno and Hoaglen Valley before David returned to duty at Astoria. While stationed at Bremerton and Seattle they lived at the Hansville home, where their daughter Jeannie was born at the Naval Hospital. In February 1958, pending Dave's Navy discharge, they moved to Hoaglen Valley where their son Clint was born in that year. They lived off-grid in the valley for two years and then moved up east of Korbel, California on the Kerr Ranch where Dave logged with his brother for a couple of years. Son Jess was born while living at Korbel. David's father-in-law, Melvie Jess made him an offer too good to refuse. The family moved to Washington October 1961 to farm with Melvie and his father, Valentine Jes.
Dave learned farming from Melvie and Val but he always missed the mountains. He made a good life for his family and enjoyed helping Melvie, Myrt and Val. He was always sincere in what he did and was dedicated to the jobs at hand. He retired from farming in 1986 but remained in the cattle business for a number of years after that, finally fully retiring. He always missed working the cattle. He was a true cowboy.
His hobbies included leather tooling, rawhide braiding, fishing and hunting. He was good at all of them giving most of his tooling and braiding away. He was a 4-H leader for many years, and a past member of the Grant County and Washington Cattlemen. He belonged to the Masonic Lodge for nearly 58 years, the Scottish Rite for the same length of time and he was a Shriner, fully supporting the Shrine Hospital. He was a lifetime member of the Eastern Star, joining Prairie Chapter in Coulee City before it merged with Evening Star Chapter in Almira. Dave and Patti served as Worthy Matron & Worthy Patron about 1969. He was also a member of the American Legion in Ephrata, Washington. He was a great pool player and was a past member of the Coulee City Gun Club. But one of his favorite sports was horseshoe pitching which he did very well, earning many trophies and jackets, his favorite being the jacket he won at Goldendale when he became the state Elder's champion. Many miles were traveled and many friends made, pitching shoes!
David is survived by his wife of 65 years, Patti; daughter Jeannie (Chuck) Kiehn of George, Washington; sons: Clint Goodwin (Kamiah) of Northport, Washington and Jess Goodwin (Tracy Thompson) Coulee City, Washington. His grandchildren, Brenda (Ken) Murray; Kacey (Kiely) Kiehn; Cade (Jessica) Kiehn; Allie Kiehn (Thomas Stump); Jessica Goodwin; Marie (Wesley) Taylor; Dawnna Goodwin; Joshua Goodwin (Mariah Lynch); and Josi (Bo) Tully. Great grandchildren: Colton, Landon, Cheznee, and Paige Murray; Amelia and Josephine Kiehn; Elizabeth, Sarah and David Scherer; Jacey Taylor; Alyssa Goodwin; sisters Dorothy Newmaker and Rosalie Chandler, and numerous nieces, nephews and cousins.
Dave was preceded in death by his parents, Merlin and Marie Goodwin, sister Barbara Boatwright; brother Merlin "Buddy" Goodwin; nephew Merlin Goodwin; nephew Gerald Newmaker; and grandson Yancy Goodwin.
A Memorial Service will be held June 26, 2021 at the Goodwin Ranch, one mile south of Hartline (39953 Road R-NE, but don't follow GPS) at 11:00 a.m. followed by lunch. Please feel free to bring your own beverages and a chair.
Memorial donations may be made to one of the following:
American Legion Post 28, 276 8th Ave. NW, Ephrata, Washington 98823
Hartline Cemetery District, PO Box 162, Hartline, Washington 99135
Assured Hospice of Moses Lake, 1417 So Pioneer Way, Moses Lake, WA 99837
Washington Horseshoe Pitchers Association, %Rhonda Davis, 16010 SE 322nd St Auburn, WA 98092
To order memorial trees in memory of David Lester Goodwin, please visit our tree store.