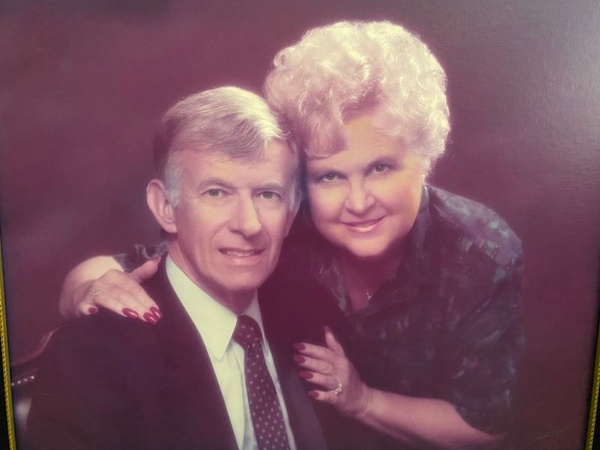 David Ross Brown,86, Anaheim, Ca. 92804, passed away March 19, 2018 at Anaheim Regional Memorial Hospital, following an extended illness.
David was born September 20, 1931 at Meadville, Pa., son of the late Oliver and Florence Brown. He married Evelyn Griffin Brown, who survives him. They were married 65 years.
David graduated from Meadville High School in 1949, joined the United States Coast Guard and then met and married Evelyn in California. They were stationed in Ketchecan, Alaska for 2 years, where he completed his service in 1953 and returned to California and purchased a home in Garden Grove, Ca. Three sons were born there, before they moved to Anaheim, Ca in 1966. He was employed by North American Aviation, later Autonetics, Rockwell then Boeing as an engineer until he retired in 1987.
David's life centered around his faith and church (Knott Avenue Christian Church in Anaheim) and his family. During his membership at Knott Avenue, he served as deacon, as elder and treasurer and was involved several years in the Jr. Church ministry.
He is survived by his three sons, Robert David Brown of Hampton, Georgia, Jack Douglas Brown of Placentia, California, and Bennett Ross Brown. of Corona. California. Also his younger brothers, Jack Oliver Brown of Fountain Valley , California and Ronald Nelson Brown, of Aurora, Colorado. There are 9 grandchildren and 12 great grandchildren.
The family suggests in memory to David, donations can be made to Tumaini International-dedicated to bringing hope to children, families, and communities in Eastern Kenya. https://www.tumainiinternational.org/girls/
A Memorial service was held Saturday, March 24, 2018 at Knott Avenue Christian Church.
Full Service https://youtu.be/qRC-D8bGESA