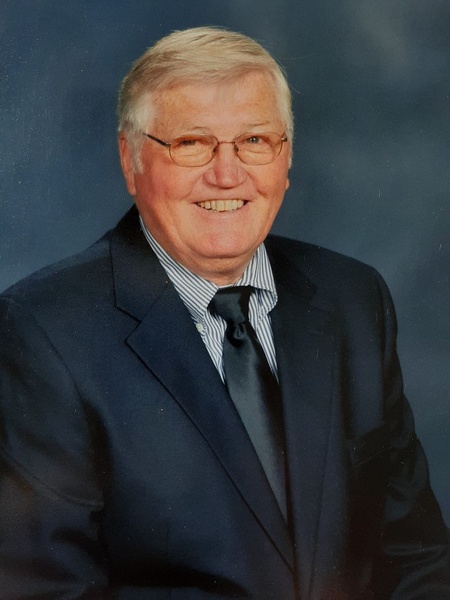 Dennis passed away with his family by his side on November 1, 2021.


Dennis was born July 29, 1941 in International Falls, Minnesota to Howard and Gudrun Severson. At the age of 12 his family moved to Seattle, Washington where he graduated from Franklin High School. Dennis was also very active in Civil Air Patrol where he met his future wife Jeanett (Wall) Severson. After graduation Dennis enlisted in the Army and served as a cook for five years in Hawaii, Thailand, and Washington State. In 1965 he and Jeanett moved to Palo Alto, California where Dennis attended Foothill Jr. College and graduated from San Jose State University in Accounting also belonging to Beta Alpha Psi accounting organization.

After graduation Dennis began his career at Coopers & Lybrand accounting firm, then on to Fiberboard Corp. helping to open Northstar ski area in Tahoe. He owned and operated two restaurants in San Mateo and Burlingame but having a family by that time sold the restaurants. Then worked for Varian and Diasonics and finally owning his own Tax firm as an Enrolled Agent before retiring. For the past 15 years he worked one acre of grapes which he sold to a local winery.
When Dennis was not working, he spent time at his beloved cabin in Sveadal with the many good friends and activities there. He liked playing cribbage, going fishing and camping with the guys, wine tasting, travel, and spending time with his extended family in the US, Canada, and Norway. Dennis officiated at friends' weddings and friends' memorials. He belonged to The Norwegian Club of San Francisco, SAPL, Sveadal Club, Elks for 52 years, Fish and Game Club of Morgan Hill, and SIRs.

Dennis is survived by his wife of nearly 59 years, Jeanett, daughter Kirsten her husband David and grandchildren Marley and Joshua. Daughter Sonya and grandchildren Bo, Reese, and Riley. Also, nieces Theresa Helpern and her family, Susie Scoones and her family and nephew Tim Severson and his family.
Dennis has many wonderful cousins in Canada and Norway who lifted his spirits during his illness. Their calls and check-ins, pictures and stories really helped him through his illness. He had a larger-than-life personality and had many friends near and far that meant so much to him. Dennis was stubborn, set in his ways, and could never walk away from a good argument…or a bad one for that matter. But he always had a plan up his sleeve to have a party with some meat, potatoes, whisky, and of course all of his good friends!

Dennis lost his siblings and many of his buddies much too early and he missed them dearly. But he did make it to 80 yrs old and had fabulous memories with so many of you.

As he would love, please grab an Olympia Beer, Shot of Aquavit, Bourbon & Water, Chocolate Milk, or any beverage of your choice and belt out one last "Skål" (or many) to celebrate Dennis!


Sveadal was a very special place for Dennis, in lieu of flowers the family requests donations be made to either

We are collecting pictures and special memories you had with Dennis for his memorial. If you have any, please email them to bkirsten@sbcglobal.net.
To order memorial trees in memory of Dennis Richard Severson, please visit our tree store.