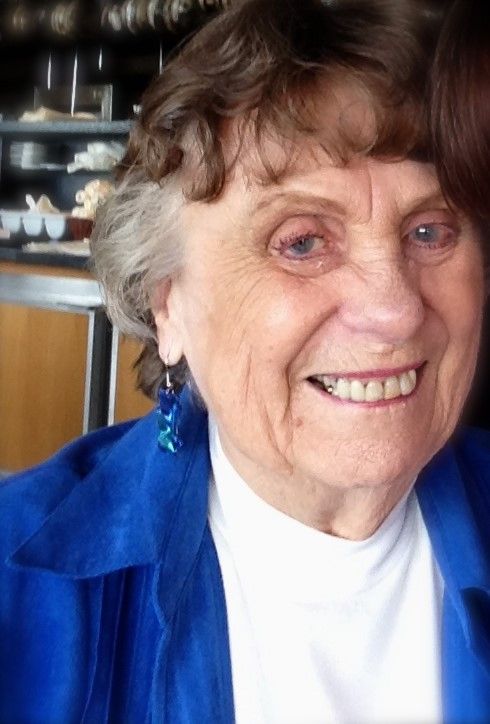 On the day before her favorite holiday, and her dad's birthday, Jackie Boyle passed away on Christmas Eve, surrounded by family. Jackie was born in Everett, WA and raised in Bellingham. Her real name was Dorothy, but after finding 3 other "Dorothys" in her first grade, she decided to go by Jackie or Jacqueline instead. Jackie was the daughter of Jack and Grace Isaacs, and the older sister of Donna Wahl. She graduated from Bellingham High in 1947. She was very smart and skipped the 9th grade. She was in Pep Club and earned her letter in athletics partly by roller skating to and from home daily, a total of 6 miles. She earned her BS in Nursing in 1950 and was a practicing registered nurse for 57 years. She met her future husband, Bill Boyle while working as a nurse in Bellingham and caring for Bill's father. They were married for over almost 65 years. Jackie took a ten year hiatus from nursing to open The Fogcutter, a steak and seafood restaurant in Moses Lake with her husband Bill. She always described the experience as one of the best times of her working career, and could be seen serving meals, bartending, or clearing plates to help the employees.Together they lived in Olympia, Mount Lake Terrace, Kirkland, Seattle, Wenatchee, Moses Lake, Yakima, and back to Moses Lake. They moved to Bellingham in 2006 to take care of Grace Isaacs, Jackie's mother
Jackie had a passion for cards, particularly bridge. She was always ready to go to the casino with her friends Karen and Maryann. Her grandkids remember her as the "Ms. Pac Man Champion." And her entire family remembers the incredible Christmas Holidays she would create. Jackie was a long time member of Assumption Church in Bellingham.
Jackie was a caregiver to her in-laws, her parents, her aunties, and most recently, her husband for six years who passed in 2016. She did not care for being on the receiving end of caregiving when her health started to deteriorate. She enjoyed her neighbors at her condo and looked forward to weekly gatherings to play cards.
Jackie leaves behind five children and their spouses: Tony (Mary), Kathy, Anne (Greg), Kelli (Paul) and Trish (Bryan). She had ten grandchildren, nine great-grandchildren, and one great-great-grandchild. Jackie is also survived by her favorite sister, Donna Wahl of Los Angeles.
She was a strong, smart, opinionated, and resilient woman. And she was a really great mom who will be deeply missed. No services are planned.
To order memorial trees in memory of D.Jacqueline Jackie Boyle, please visit our tree store.
Send a Sympathy Card