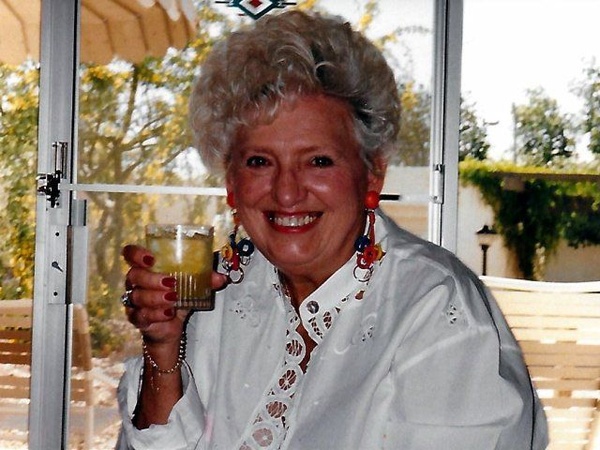 Dolores Mae (Dee) Smart's soul peacefully expired from this earthly realm on Friday morning, July 19, 2019, in Anthem, Arizona. Dee was born on June 29, 1930, in Cleveland, Ohio, to Thomas and Daisy Jones. Her brother, Bud, and sisters, Olive, Betty and Barbara, preceded her in death, as did her husband, Robert (Bob), whom she was married to for 54 years. Dee grew up in Cleveland and graduated from Collinwood High School in 1948. Soon thereafter, she met Bob at Bailey Meter Company, and married him on March 28, 1951, shortly before Bob was sent off to the Korean War. After Bob's return from war, they settled down and started a family in the late 50s with children Gary, Laura and Robert (Bob). The family remained in the Cleveland area until 1968, when they all started new lives in Arizona, and where they all still remain. Dee is survived by her 3 children, Gary, Laura, and Robert (Bob), daughter-in-law Susan (Bob) and son-in-law Gary (Laura), 3 grandchildren - Justin, Melissa, and Zan, and numerous nephews, nieces, grand-nephews and grand-nieces.

Dee loved life and people and was dedicated to her family at all times. She was a fantastic cook, baker, and all-around super Mom, aunt and grandmother and loved nothing more than being around her family. For 40 years she and Bob enjoyed summers at their home-built cabin in Munds Park (Pinewood), Arizona, and vacationed frequently to Poipu Beach, Kaua'i, where they had a timeshare unit. They celebrated several of their milestone birthdays and anniversaries on cruises or trips with old friends from high school, and had a fantastic 50th anniversary in Sedona surrounded by family and friends.

Dee was always the life of the party, too, and lit up every room she entered, and with that in mind, the family will be hosting a Celebration of Life for her on Sunday, August 11th at 1PM at West Resthaven Funeral Home, 6450 W Northern Avenue, Glendale, AZ 85301. Everyone is requested to wear bright colors to honor Dee and celebrate what a wonderful life she had.
To order memorial trees in memory of Dolores Mae "Dee" Smart, please visit our tree store.
Send a Sympathy Card