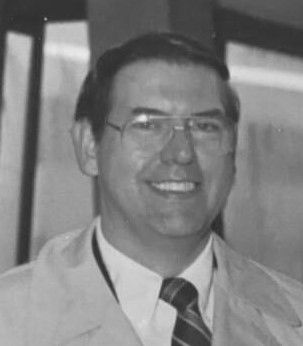 Donald Hooper (3/14/35-6/22/20), 85 years old, passed away peacefully in Bellevue Washington following a recent illness. He was born in Old Forge Pennsylvania in 1935 to Will and Emma Mathew Hooper. He was married to MaryAnn (Kiefer) Hooper in Lancaster PA in 1961. He was awarded a senatorial scholarship in 1952 to attend Temple University to study pharmacology, and while there was a member of RHO CHI national honor society and achieved the John Minehart Award for obtaining the highest average for all subjects during his four year course of college. He subsequently obtained his MD degree from Jefferson Medical School and was elected to Alpha Omega Alpha honors while there. He served as a flight surgeon at KI Sawyer AFB, Michigan and began private practice as a general practitioner in Akron Pennsylvania. Several years later, he completed a residency in anesthesia at Dartmouth Medical School and joined the faculty of Duke University, Dartmouth Medical School, Emory University/Crawford Long Hospital. He completed his medical career as Medical Director at Ochsner Clinic Baton Rouge, LA. Following retirement, he lived with his daughter and her family in Berlin Germany, helping to raise their children learn English as a mother tongue. He then moved to Bellevue WA to be closer to his son Jeff and his daughter Heather's family. Don loved music and all of the arts throughout his life. As a young adult, he was a church organist and All-State solo pianist. As an older man, he became a Berlin Philharmonic Groupie. He generously supported arts organizations throughout his life, including being an avid listener of KNKX jazz. Although he was often away from home during his medical career, he devoted time and love to his grandchildren and formed very special bonds with each of them as their beloved Opa; regularly accompanying Eleanor and her friends to Starbucks after school, making Julian's favorite meat at least three times weekly, and patiently listening to Adrienne as she read aloud to him in English and German. Don Hooper was a very open minded and kind man. He has friends and family grieving his death all over the world, especially in Tehran, Berlin, Spain, and Bellevue.

A memorial service will be scheduled at a later date. We ask that donations be made to his beloved KNKX radio station, online at KNKX.org.
To order memorial trees in memory of Donald Hooper, please visit our tree store.