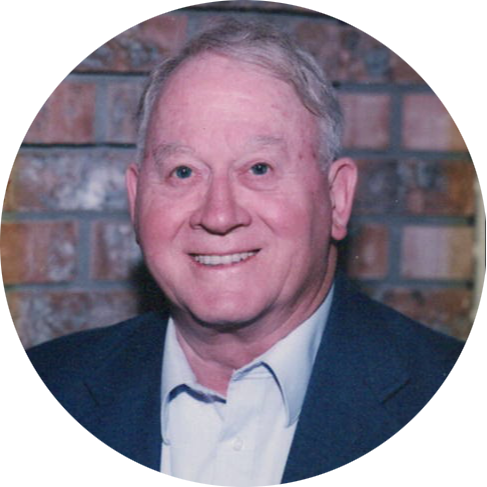 Donald E. Lofton went to be with the Lord on November 7, 2022. He professed his faith in Jesus Christ as a young man and faithfully served Him thereafter. Don was born on December 23, 1933, to Clyde and Emmie (Swann) Lofton in Darlington, South Carolina. Don was the youngest of seven children, born just minutes after his twin sister. His father said that when they start coming in pairs, it was time to stop. Don was preceded in death by his parents and all of his siblings.

Don joined the Air Force in 1953 at the end of the Korean War; he always said the Army draft chased him into the Air Force! Don worked various jobs in the electronic security and communications fields and held many leadership positions during his thirty years of service. He was very proud of his service and loved his Air Force career, retiring in 1984 at the rank of SMSgt. The military provided the opportunity for travel, including stations in Japan, Germany, Texas, Florida, the UK, New Jersey, California, Thailand, the Azores, South Korea, and Washington state. While in Germany, Don met Helen Martens, a Canadian traveling in Europe. They married on August 6, 1960, in Darmstadt, Germany. Helen predeceased Don in July of 2022. Don and Helen had four children, including a son who died in infancy. The surviving children are Sharon (Bruce Linn who died in 2012); Valerie (Dennis) Morgan with daughters Hannah (Brian) Teachout and Jessica (Tyler) Wilford, who has a daughter Luna; Donnie (Kristy Jerke) with sons Zachary and Jacob.

After retirement, Don attended Pierce College, where he earned an Associate in Technology degree; he also earned a diploma as a Mobile/Cellular Electronic Communications Technician from Clover Park Technical Institute. He found his passion in sales, however, working as a traveling salesman for Safe-T Plus, covering the western US and Alaska; he retired for a second time about twenty years later.

Don was an avid Nascar fan and enjoyed both watching races on TV as well as attending live events at Daytona and his hometown, Darlington. He loved visiting his siblings and many nieces and nephews during his several trips to South Carolina each year in his later life. Don was truly a family man, and preferred to spend time with all of us above all else.

Don and Helen will be interred together at Tahoma National Cemetery in a private family service. A memorial service will be held on Saturday, January 7, 2023, at 10:30 am at Trinity Lutheran Church in Parkland, Washington. In lieu of flowers, donations can be made to the Cannon Beach Conference Center in Cannon Beach, Oregon, or to the Disabled American Veterans.