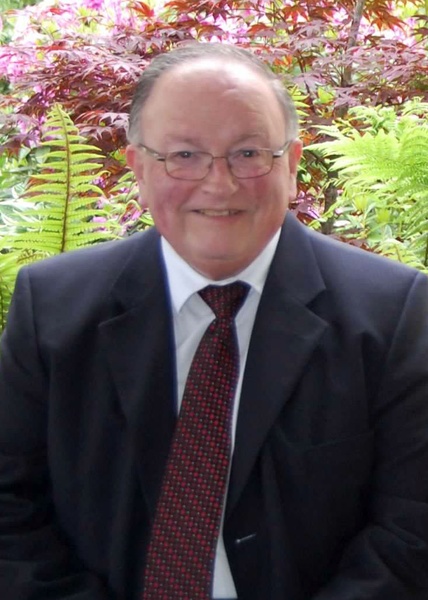 Donald Ladd Stoliker, age 75, of Eatonville, Washington peacefully passed away at home in the presence of his family on January 27, 2021, finally resting from the effects of an aggressive cancer and other health issues.

Don was born to Dornford and Cora Stoliker on October 8, 1945 in Morton, Washington. The family moved to Mineral, WA and later Raymond, WA. Don graduated from Raymond High School with honors in 1963. He spent a brief time in college, the highlight being, playing trumpet in the University of Washington Husky Marching Band at the 1964 Rose Bowl.

Don joined the United States Navy in 1965, serving as a Machinist Mate for four years during the Vietnam War. His home port was Pearl Harbor, Hawaii. During his time in the Navy he met his lifelong friend, Jim Johnson, who introduced him to The Church of Jesus Christ of Latter-day Saints. Early in his involvement with the church, he met his eternal companion Lorna Jean Poulsen. They were married and sealed June 15, 1968 in the Cardston Alberta Temple. Don and Lorna celebrated 52 years of marriage and raised three children.

Don worked in many capacities, including running an Arctic Circle restaurant franchise in Aberdeen, Washington for five years, and later owning a tool rental business in Seattle, Washington for nearly three decades. After his retirement from the rental business, he drove for a local airport shuttle service - putting his love of driving, encyclopedic knowledge of roads and routes, and people skills to good use.

Don loved serving the Lord and served in various leadership roles in his church, including as a ward bishop. He served in the Boy Scouts of America for many years, was on the local council, and helped pilot the Varsity Scout program. He was heavily involved with local emergency preparedness efforts particularly in HAM radio, teaching over 200 students to help prepare them to receive their general licenses.

Don is preceded in death by his parents, Dornford William and Cora Georgia Stoliker. He is survived by his loving wife, Lorna; their three children and their spouses: Donald Ladd Jr (Del) and Teressa Stoliker, Jennifer Jean and Matthew Reed, and Heidi Marie and James Allen; twelve grandchildren; his brother Dornford William Jr (Bill); and many other loving relatives.

He leaves behind a legacy of humble service, faith, and love.

Don will be laid to rest at the Tahoma National Cemetery.

If you have questions or would like contact information for Lorna, please email funeral.info@stoliker.com.
To order memorial trees in memory of Donald L Stoliker, please visit our tree store.
Send a Sympathy Card