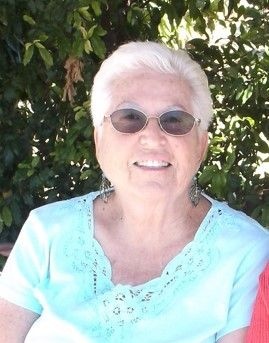 Donna Louise McIntyre was born on March 13, 1936 in Aberdeen, South Dakota and passed away on August 20, 2021 in Monroe, Washington where she was a resident. She is survived by her loving husband Bill McIntyre, a son, Gary McIntyre (Barb), daughter, Kelly Miracle (Doug), and a son, Steve McIntyre. A daughter, Debbie Wood, who was married to Harry Wood, and a daughter-in-law, Kari McIntyre, who was married to Steve, both preceded her in death. She had 9 grandchildren, and 9 great grandchildren, a brother, Dean Dale (Barb) and a number of nieces and nephews. Donna and her husband had happily completed over 66 years of marriage. They both had received Jesus Christ as their Savior and Lord early in their marriage, raised their family in a Christian environment and enjoyed serving the Lord together until her passing. Donna was much loved by her family and friends and will be greatly missed but through faith we all look forward to reuniting again in our Heavenly home where she now resides!
To order memorial trees in memory of Donna Louise McIntyre, please visit our tree store.