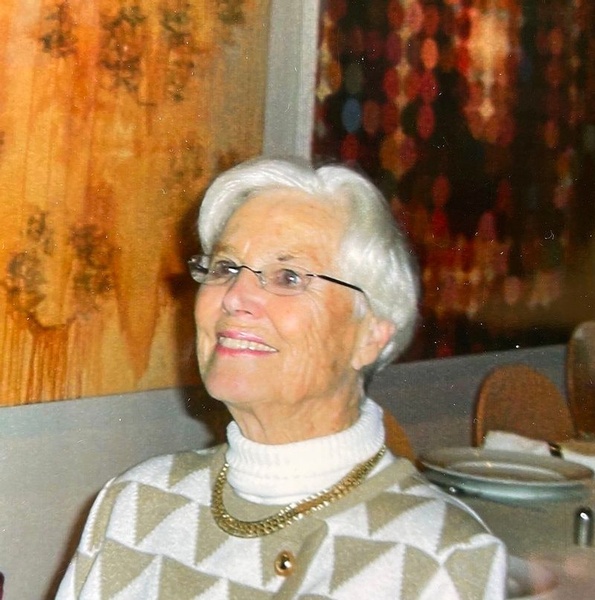 Doris Schaefer died peacefully on March 25, 2021 at the age of 91. Her family and friends in the United States and Switzerland will deeply miss her vivacious, generous spirit.

Doris was born on May 25, 1929 in Heiden, Switzerland. Because her father, Ernst Marti, was a Methodist minister, her family had an itinerant lifestyle, moving every few years to serve congregations in various towns in the German speaking part of the country. Her mother Rosalie was a devoted pastor's wife, helping her husband in his ministerial work, cooking meals at large extended family gatherings, while also finding time to play the harmonium in church. Doris was soon joined in the Marti family by sisters and brothers: Mich, Dan, Ruth, and Theo.

As the eldest child, Doris took wonderful care of her younger siblings – teaching, admonishing, and loving them. Her sister recalls how Doris managed her father's rabbit hutch in the garden, feeding and talking to the rabbits while carefully protecting the vegetables and flowers with netting. During the resource-scarce war years Doris was heartbroken when her charges began to go missing, only to wind up on the dinner table – she refused, of course, to eat the rabbit stew.

Doris always loved music and was an accomplished young recorder player. She performed in her school orchestra, several times as a soloist, and the whole Marti family would proudly attend her concerts.

During Doris' childhood years, young people living in German speaking Switzerland were obliged to spend a year in the French speaking cantons in order to learn the language. Doris went to Lausanne where she worked as an au pair. The experience gave her the opportunity to travel abroad as a teenager – working as an au pair, baby nurse, or house sitter and other jobs in London, New York, Miami, and Chicago. She was always much appreciated and loved by the families she stayed with.

When she returned to Switzerland after her overseas adventures, she worked as an elegant receptionist and secretary for Graphis, a graphic design magazine, at its Zurich headquarters. While working at the prestigious publication she met and befriended many artists and writers.

While in Zurich, Doris also met a young American doctor visiting Switzerland from his station at a US Air Force base in Turkey. Robert Schaefer had in fact made the long trip with a secret purpose in mind: to marry the lovely and eligible Doris. He was acting on a tip he received from an Air Force colleague, Ron – who had recently married Doris' sister Ruth. Bob's attempts to woo Doris were not always on the mark. For example, Bob had acquired a pair of traditional Austrian lederhosen, which while fashionable in some German speaking regions of the Alps were not in vogue at the time in Zurich. Doris, the urbane young woman from an international design magazine, was unmoved by his sartorial display. But Bob was persistent, staying with the Marti family for weeks during his frequent visits to Switzerland, making their home his headquarters for explorations of Europe. Eventually, Doris was charmed by the intrepid Alpine hiker and the two were married in Winterthur in February 1962. Their honeymoon travels included a visit to her sister and Ron in the Middle East.

Doris and Bob moved to Palo Alto for a few years, to complete Bob's medical residency at Stanford, before finally settling in Seattle. Doris enthusiastically immersed herself in Seattle life, finding many ways to engage with the community. She was active in Plymouth Church where for years she provided the flowers in the sanctuary every Sunday. She was a dedicated volunteer at Mary's Place, the only women's shelter active in Seattle at that time. Doris loved socializing and would frequently get together with French speaking friends and expatriates to happily converse in the language. Over the years she also fostered, and sometimes adopted, many needy cats from the Seattle Animal Shelter. Doris and Bob were both for many years devoted fans and dedicated supporters of Seattle Opera. Doris loved to contribute as a volunteer driver for visiting musicians and frequently hosted opera luminaries at her house.

Although Doris became a naturalized US citizen and adapted to her new country's culture during her sixty years here, the Swiss girl from Winterthur was always there. She never failed to honor her homeland's National Day on August 1st with a party for Swiss expats on the balcony of her Magnolia home. The setting was decorated festively with lampions and candles, and a giant Swiss flag, visible even to passing ships in Puget Sound, hung from the railing. She kept up old traditions like lighting her Christmas tree with real candles, although one year the tree ignited, leaving a scorched ceiling and an indelible memory for her young niece and nephew from Tacoma. Her Brätzeli – thin, intricately decorated Swiss cookies, made on a special imported waffle iron – were coveted by all who knew her. When Doris' family and friends from Switzerland came to visit, their suitcases would always be stuffed full of the thing they knew she craved - bars of Shoggi, genuine Swiss chocolate. And in another touching connection late in her life, Doris' brother-in-law Erich called her every week from the town of her childhood, holding up the phone so she could hear the familiar peals of the church bells of Zofingen. Her crisp Swiss accent never lost its lilt during her six decades in America.

Doris and Bob were intrepid travelers, making trips to far flung destinations like China and Antarctica when those places were still far off the beaten path.

Most of all, Doris will be remembered by her loved ones for her warmth and charm. She was full of energy (in spite of the Seattle gloom, when she preferred sunshine) and seemed to be in action nonstop. She loved visits from family: although she had no children of her own, she cared for her nephews and nieces, both in the US and Switzerland, with infinite kindness and patience. Indeed, throughout her life Doris was a family linchpin: she loved throwing magnificent Thanksgiving and Christmas parties at her house and hosted a steady stream of visitors from Switzerland and all parts of the world. Doris was elegant but down to earth, funny and honest. She touched many people during her life and her passing leaves a large empty space but also wonderful memories.

In her final years Doris' health suffered with the effects of stroke and dementia. But she was cared for lovingly by Bob. He took over the cooking, played music for Doris and read to her, often poetry. They were separated when Bob succumbed to Covid on March 25, 2020, and it seems fitting that Doris passed away on the same day as her companion of 58 years, one year later.

Doris will be remembered fondly by her brothers, Dan and Theo, her sister Ruth, and by her extended family, including the Becks in Seattle and Denver, the Martis and Scholls in Switzerland and the Schaefers and Abrams in Boston and Raleigh.
To order memorial trees in memory of Doris Marti Schaefer, please visit our tree store.