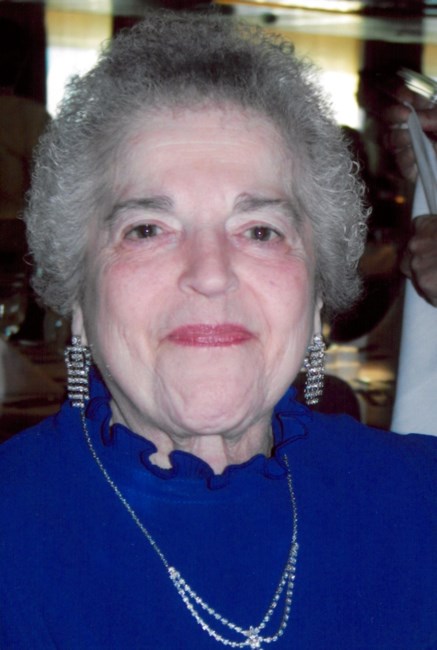 Agreat spirit left the earth’s plane today. Electra Royse, in her 96th year, transitioned from her small cottage on son Ron and wife Becky’s property in Beaverton. She was surrounded by her loving family, friends, and caregivers.

A lifelong resident of Portland, Oregon, Electra was born on August 16, 1926 at Emanuel Hospital, the youngest of seven children of first-generation immigrants from Patras, Greece. Electra was the last surviving sibling, each brother and sister living well into their 80’s and 90’s and passing in birth order. All were greatly influenced by both the Great Depression and World War II.

In 1942, when Electra was sixteen, she started working simultaneously at KWJJ radio as a young host of the “Greek Hour” and as a riveter in the Portland shipyards building ships for the war effort. She would continue in these positions for several years until her oldest brother Andy opened a restaurant and night club “Andy’s Fine Foods” on Grand Avenue in Portland. She started working as a waitress in her brother’s restaurant in 1945.

Electra met the love of her life, husband Ora, while working at her brother’s restaurant. They married in 1947 and had two children, Ron, and Richard. Over the years, until the mid 70’s, Electra and Ora would operate two establishments in Portland: “The Happy Days Tavern” on 35th and Belmont, and “Royse’s Motel, Café and Tavern” on Sandy Boulevard. In 1967, to supplement the family income from the restaurant, Electra started working at Tektronix Corporation. She would get up at 3:00 am, type up the daily food menus, prepare the soups and restaurant specials, and then drive to Beaverton to begin her workday at Tektronix. The restaurant closed in the mid-1970’s but Electra would continue to work at Tektronix, with multiple promotions as supervisor and inventory manager, until her retirement 25 years later in 1992.

Ora passed away in 1983 and Electra moved to Beaverton to be closer to son Ron, his wife Becky, and their two children Morgan and Richie. This would begin a new phase of her life with her grandchildren and, in her retirement, world travel to Greece, France, Portugal, Spain, Italy, Argentina, Chile, and Uruguay. She would spend much of the Oregon winters visiting her son Richard and his husband Rocky in their home in Palm Springs and managed two family cruises to Hawaii.

In 2011, the family built a small cottage on Ron and Becky’s property in Beaverton, where Electra would live until she passed away. Electra knitted over 20,000 hats that were donated to various organizations including Doernbecher Children’s Hospital, the Beaverton School District, OHSU, the Salvation Army and several different homeless shelters. She was ably assisted until her death by caregivers Alita, Kasa, Lata, Kateri, and her loving family.

Electra will always be remembered as a great and indomitable spirit who loved life. At age 95, she would tell anyone who would listen, “I love my life and I want to live to be at least 100!” Electra’s hard work, kindness, and generosity made her a wonderful wife, mother, grandmother, aunt, and friend. Family was everything to her and throughout her life she loved gambling and playing raucous and rowdy poker games with her brothers, sister, and nieces and nephews. Electra represented the best of immigrant families in this country and was the personification of the Greek word for grandmother, “Yia Yia.”