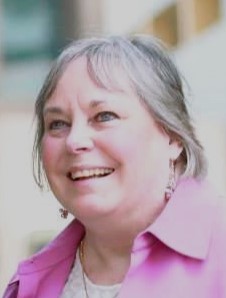 Betty Anderson (née Archer) cherished her family above all and found her life’s meaning in her deep Christian faith. She spent her childhood in Baltimore, Maryland, swimming, diving, and playing the flute in the all-county orchestra. It was fate when she went on a college trip to Europe and met her future husband Terry Anderson, there on leave as a U.S. Navy service member. They married stateside, and she began her career as a military spouse, both in peacetime and in war. During Terry’s wartime service, it was left to Betty to run the household and raise two small children. Her expertise in this role was evident to those observing at the time and to her children even today.

Betty had a passion for children and many times voluntarily cared for friends’ and relatives’ children on extended weekends and more. She and Terry took in several teenagers while their children were also in their teens.

Betty instilled an appreciation for other cultures in her children, hosting foreign college students, inviting international visitors to share meals, and reminiscing about her fateful trip to Europe. She had taken several solo trips to India in the last decade of her life.

In her retirement, Betty was extremely generous with her modest income, blessing friends and especially family with gifts and treats at restaurants, Indian food being her favorite ethnic fare.

Betty was an avid reader, with great taste in books, enjoying learning as much as escaping. She used much of her free time learning about American civics, the histories of forgotten cultures, and the lives of influential and overlooked historical figures.

An enthusiastic hometown sports fan, Betty had a special allegiance to Seattle Mariners, Seahawks, and Thunderbirds, but her secondary allegiance remained with Baltimore teams. She enjoyed following college football every fall and cheered on Georgia and Washington state teams in particular, as Terry’s alma mater was Georgia Tech, and a nephew’s alma mater was the University of Georgia.

Betty's two grandsons had a special relationship with her. She played a unique role in Derick’s life in his early years without a mother, and the presence of both grandsons in her final days at the hospital was illustrative of the mutual affection they each had for the other, when the hospital was extremely restrictive of visitors.

After two successive strokes, Betty went to be with the Lord on June 14, 2022. She leaves behind her twin sister Peggy, son TJ, daughter Christy, grandsons Patrick and Derick, daughter-in-law Christina, and granddaughters-in-law Rebecca and Jessica, as well as numerous nieces, nephews, and equally cherished grandnieces and nephews.