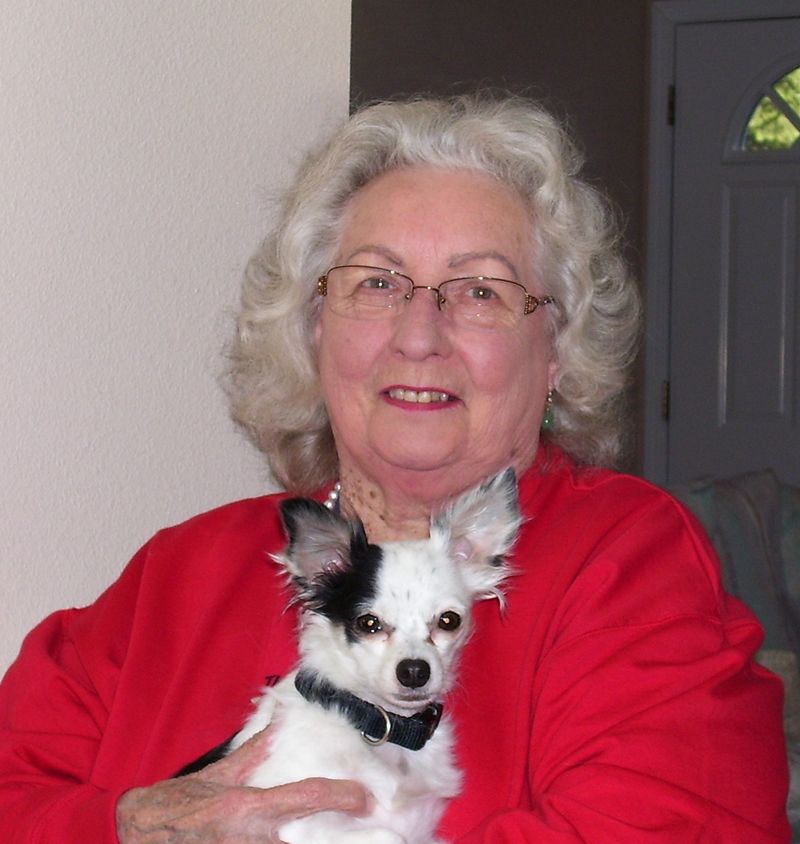 Elma Elizabeth (Saima) Weeks was born and raised in northern Minnesota in Green Valley Township, Becker County. She was born on June 13, 1929, and passed away at age 92 on August 3, 2021, with her daughter, Sue, and son-in law Steve at her side in Benton City, Washington. She was the third of seven children born to parents Gadiel and Lillian Saima, later residents of Menahga, Minnesota. Elma attended grades 1-8 in a one-room country schoolhouse. She attended high school in Park Rapids, Minnesota, graduating from Park Rapids High School In 1947. Soon thereafter she took her first train trip to Seattle, Washington, to join her older sister Esther.

She found work at a big downtown department store, MacDougall's. One day she unexpectedly ran into an old school acquaintance, Lloyd Weeks of Osage, Minnesota. He was in the Merchant Marines and his ship was temporarily in port. In 1949, they married and had two children Robert who was born in Seattle, and a daughter Susan who was born in San Jose. While living in San Jose, Elma enjoyed gardening, dancing, "Sewing Club" with her friends, cooking, an avid reader, many potlucks, with the motor scooter club, playing cards, visiting friends while making lasting friendships, and family activities with others on the block. Lloyd and Elma enjoyed traveling and had many drives to places in California and then trips to Menahga in summers.

The family moved back to Seattle in 1965. Lloyd went back to sea and Elma was a true homemaker and stay at home mom. She was a Girl Scout leader with her best friend Bev, to a troop of 12 girls including their daughters. Lloyd and Elma bought their dream home. Elma enjoyed all the work involved in decorating the home from painting all the rooms and sewing the curtains for every window and recovering the furniture to match. She taught Sue to sew and helped her sew many new outfits. She enjoyed driving her 68' Chrysler New Yorker to many places. She had many dinners in the house and always had a welcome mat out to anyone who came to visit. Elma and Lloyd parted ways in 1971 but remained friends.

Elma then attended Seattle Central Community College and obtained an AA degree in Business Administration. She worked for Boeing, and a few other companies before she went to work for the Seattle Police Department in the records division where she worked as a supervisor for 17 years until her retirement in 1995. While at the Police Department they had a group of the ladies that all worked together and met every month for a night out for movies, theater engagements, dinners, Birthday parties, and many other occasions. Elma loved her animals and collecting all the cards from her birthdays, Christmas, and other Holidays. She was always sending cards to others for their birthdays. Elma was able to travel a bit farther to new places. She made a trip to Finland with her sister Esther. Among her many interests was working as a volunteer at the Nordic Museum in Ballard, Washington.

Elma made a loving impact on this world and will be dearly missed. At her request, no services were held. The family held a Celebration of Life via Zoom instead on August 22, 2021, to share stories and fond memories.
To order memorial trees in memory of Elma Elizabeth Weeks, please visit our tree store.
Send a Sympathy Card