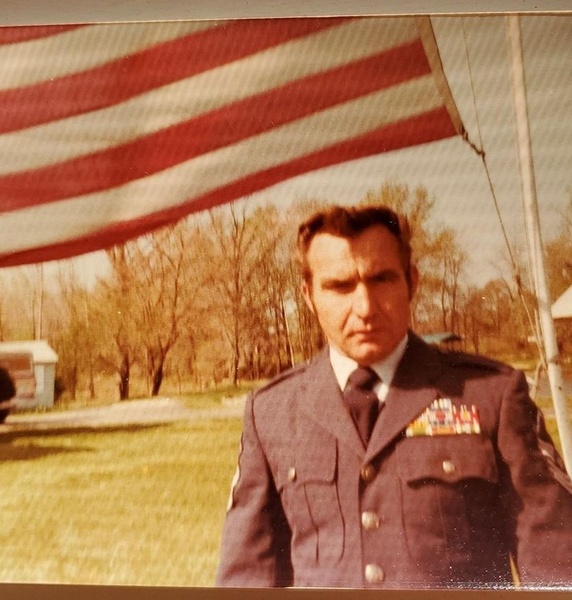 Everette was born on October 16, 1939 and passed away on Monday, February 15, 2021.
Everette was married to his first great love Shirley, on September 29,1962. Through out the years they stayed together, through thick or thin, their love never faulted. Over those 58 years they were blessed with their first daughter, Sherry, who unfortunately the lord took too soon from their embrace. But as love never gives up, they were soon blessed with a son, they named him Everette after his very happy and proud father! Next came another wonderful loving son Clinton, and then a beautiful daughter, Sharon came into their world finally bringing their nest to a full and happy family.
Everette stayed in the U.S. Air Force for 22 years. He retired as a senior master sergeant, known as the youngest man to reach SSGT, and MSGT. in the Air Force he proudly served his country without hesitation or reserve. He was given an Honorary title as NCOIC of the Abilene Refueling company. When on "Bullitt shot" to Vietnam the Flight, which consisted of a full squadron of aircraft and all its personnel, were told that no fuel was available. Everette found enough to get the entire squadron to its location, on time and mission ready. This title was given to him because of the air base from which the squadron was based. Unknown to him this story was printed in the local Air force times , and the real Abilene fuel company reached out to his unit and bestowed upon him this very great honor.
Everette then went into the civil service for another 20 years doing what he loved most, working on jet aircraft.

His family has always been, and always will be very proud of him as a father, a friend, and husband, Always learning ,always teaching. Even in his death his thoughts were of his wife and children, and his grand / great grand children........

Everette is survived by his Loving wife Shirley, his two sons Everette, and Clinton, and his daughter Sharon. Also by three grand children Eric, Jordan, and Ethan . And just in time for him to see, a grandson Bellemy, was brought into his life, NOW I'M A GREAT GRANPA ! He said with great pride.

He will be missed and always loved.......
To order memorial trees in memory of Everette Gordon Pfennig, please visit our tree store.