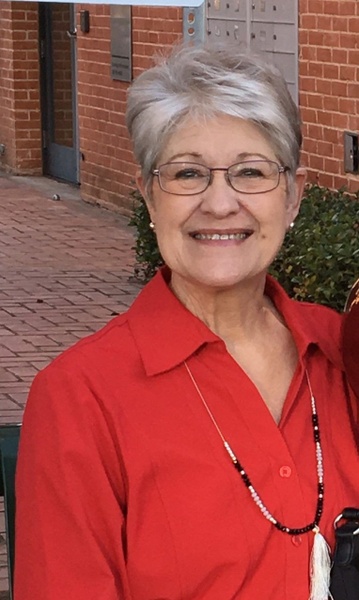 Frances Marie Farmer was the first of 3 children born to R.W. "Bobby" Farmer and Frances Thana (Fleming) Farmer on April 13, 1953 in Lexington, Mississippi. Known as "Ree" to her family, and as "Our Favorite Girl" among her close friends and colleagues, she spent the majority of her childhood and teen years in Cruger, Mississippi where her family owned several hundred acres of good Delta farmland.

Following a very successful high school career, Frances attended Delta State University where she earned both her Bachelor's and Master's degrees in history and education. She spent the next 40 years of her life educating students in her classroom, mentoring other teachers, and sharing her expertise in leadership as a district coordinator for secondary social studies. Among students and colleagues, she is remembered fondly and respectfully for her genuine desire to help students succeed in the classroom and in life beyond school. Her passion for excellence in every aspect of her work set her apart as one of the truly influential educators in the district. In those 40 years, students and colleagues alike often called her name first when nominating someone for a prestigious award, such as Teacher of the Year, and the Garland ISD School Board presented her a Lifetime Achievement Award in 2009 for her decades of dedicated service to the district's students and staff. Her senior high school class certainly pegged her right years ago in voting her Most Intellectual and Most Likely to Succeed.

Frances worked equally hard in her church parish of Holy Trinity by the Lake Episcopal Church in Heath where she was highly respected, trusted, and loved as a leader among leaders and a servant among servants. She was deeply compassionate toward those in need, whatever that need might be, and she dedicated her time and energy to building up the church's outreach within the surrounding community and demonstrating a high level or respect for all God's people. Her faith mission demanded she do all she could to lift up others and encourage them in both their faith and love for their neighbors.

Life with her partner of nearly 45 years was one of chosen privacy but also grand adventures. Frances loved to travel and learn about the "flora and fauna" and the native culture and art of the area. She loved studying ancient architecture and fell in love with Italy, but never relinquished the titles of the World's Greatest Dog Lover and Fleetwood Mac's Biggest Fan.

The last 4 years of her life proved to be her biggest challenges though as she battled one cancer after another. Being the force of nature that she was, however, she continued to display courage in the chaos, strength in the suffering, and poise in the pain, brave as any battlefield soldier under a battering barrage. In the end it was her faith that allowed her to lay down her life in peace to finally kill the cancers that had robbed her of so much. Yet even as the cancers kept hitting back time after time, they never robbed her of her kind and generous smile or the twinkle in her eyes everyone remembers so well.

Frances is survived by her life partner Grace Johnson, her sister and brother-in-law Dixie and Tom Roberson, and her brother Rob Farmer, along with several nieces and nephews and great nieces.

Especially close to their "Aunt Ree" were nieces Tasha (Dustin) Long and daughter Caden, and Jessica (Jimbo) Bills and their 2 girls Reece and Meri Rhea.

A memorial service will be held at Holy Trinity by the Lake Episcopal Church at 1524 Smirl Dr. in Heath on January 6, 2022 at 11:00 a.m. The service will also be live streamed, and links can be found on the church's website at htbtl.org. Frances will be interred in the church columbarium, and a reception to celebrate her life wilI be held in the Parish Hall immediately following the service and interment. In lieu of flowers, her family asked that donations be made to any of her favorite local charities: · Empower 7 https://empower7.org · Women in Need https://www.wintexas.org · SPCA of Texas https://spca.org
To order memorial trees in memory of Frances Marie Farmer, please visit our tree store.