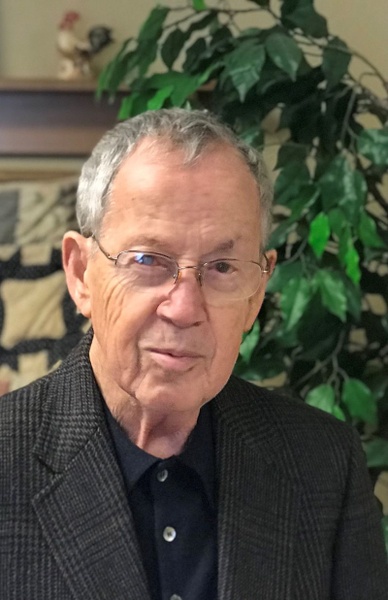 George William Phillips, age 93, passed away on May 24, 2021 in Walla Walla, Washington. He was born in Arcadia, Kansas on August 7, 1927. George was a Veteran and received his BSc in Architecture from California Polytechnic State University in San Luis Obispo, CA. He met his wife Ruth (Tym), while she was a nursing student at Loma Linda University and they were married on December 29, 1955, 65 years ago. George adored Ruth as a true companion and love of his life, regularly referring to Ruth as his "loving and lovable wife". California was their home area for their first few years together, then George and Ruth relocated to Seattle, WA. where they resided until 2014 when they moved to Walla Walla, WA.
George's hobby was photography. He always owned quality cameras and enjoyed taking photos of architecture, clasic and sports cars, nature and family. When he was no longer able to take his own photos he spent hours looking through his extensive photo collection and books. George's favorite book was his Bible, from which he could recite major portions by memory. He also had a sincere appreciation for Christian music. George always showed interest in others, enjoyed visiting and was a generous host. He was witty and had a great sense of humor. George loved playing games, especially Rook, and all who knew him would agree he definitely was a connoisseur of "quality" ice cream!
George was predeceased by his parents Ernest and Gretina Phillips, brother Ernest Phillips, sister Christine Walker and nephew John Walker. He is survived by his wife Ruth, nephews Keith Walker and Randy Phillips, niece Carol Walker and their families. George will be fondly remembered by his loving wife, large extended family and friends.
In lieu of a memorial service, it was George's desire for others to cherish special memories. He had a strong faith in God, and looked forward to someday being reunited with his loved ones in Heaven.
To order memorial trees in memory of George William Phillips, please visit our tree store.