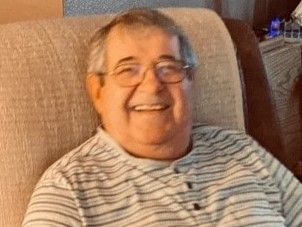 Gerald "Jerry" Coons lost his courageous fight against illness and congestive heart disease on September 15, 2021 at Yakima Valley Memorial Hospital. Jerry was born on November 4, 1940 in Stirum, North Dakota to Claire and Amy Coons. Jerry grew up with eight siblings. The family relocated to the Pacific Northwest in 1956, ending up in Bothell, WA. In 1958 he joined the U.S. Marine Corps, stationed at Camp Pendleton, CA. After being honorably discharged, he began a life in Bothell, WA where he worked for Eastside Disposal. On June 26, 1965 he married the love of his life, Rose. They were married for 56 years. In 1975 he brought his wife and three daughters to the Yakima Valley where he began work for Eichler Disposal. Over the years the company changed names, but he continued with each one, eventually retiring from Yakima Waste Systems in 2005.

Jerry enjoyed fishing, hunting, and camping with friends and family throughout the years. His garden and yard were always a source of enjoyment, beauty, and pride. During his retirement he began building furniture in his garage; you knew if you received a piece handmade by him you were loved. His greatest joy was his family, being surrounded by them always made him smile. Jerry was loved by many, one of a kind; he was the one who could always make you laugh and brought out everyone's best smiles. Jerry was a loving, strong, caring man who was dedicated to his family and friends. He will be deeply missed by many.

His wishes were to be cremated and a celebration of his life be held. The family invites all that knew and loved him to attend this celebration on November 13, 2021 from 12:00-4:00pm at his and Rose's home (706 Cascadia Park Drive, Yakima, WA 98901).
To order memorial trees in memory of Gerald William Coons, please visit our tree store.
Send a Sympathy Card