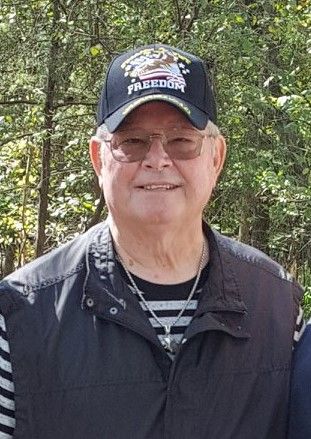 Gerald "Tony" Dennis Lutes passed away February 18th, 2021 at his home in Sprague, WA. His years-long battle with multiple myeloma, diabetes, and many other health ailments ended peacefully and surrounded by so much love from near and far.


Tony was born on March 24, 1948 in Butte, Montana to Lua David and Helen Marie (Todahl) Lutes. His family eventually moved to St. Louis, MO where Tony graduated from Berkley High School in 1967. He joined the United States Air Force in 1968 and began his adventures of "traveling around the world 2 ½ times". He proudly served his country and was stationed at Okinawa, Virginia, Utah, Thailand, Arkansas, and Alaska with multiple deployments including Vietnam while stationed in Okinawa and many temporary duty assignments throughout the globe. He married Theresa Kutrip April 20th,1968. They welcomed daughter Katherine while stationed in Hill Air Force Base Utah, and sons Anthony and Christopher while stationed at Little Rock Air Force Base Arkansas. While stationed at L.R.A.F.B he began being involved with base activities. He volunteered with the Girl Scouts and Boy Scouts on base as well as Youth Center activities. He also attended the base chapel and volunteered taking pictures for different events.

Tony was always eager to get stationed in Alaska and in 1992, his dream came true. He served out his 30 year career while stationed at Elmendorf AFB. After retirement, as a Chief Master Sergeant of the Air Force, he worked as a Title 1 Tutor at Clark Middle School and the manager of the Custom Frame Shop on base. He married Loi Bourne June 26th, 2004 and the two of them welcomed their son Steven in 2008.

Being an outdoorsman and enjoying hunting, fishing, kayaking, teaching hunter safety, photography, and garage sale finds were just some of Tony's passions. He enjoyed being connected to nature. His eleven trips to Katmai National Park were a true highlight in his life due to brown bears being his favorite to observe and photograph. Tony found pure joy in finding a good deal while shopping for himself and others. His gifts to so many people are just a portion of his legacy.

Tony was preceded in death by his parents. He is survived by his wife, Loi in Sprague. His daughter Kathy (and Jody) Mosby of Conway, AR, son Tony (and Jessica) of Eagle River AK, son Chris (and Jessie) of Madison, WI, son Steven of Sprague, and grandson Chandler Lutes of Eagle River, AK. He also leaves behind six siblings: Audrey Herring, Shirley Rodgers, Larry Lutes, Ron Lutes, Rick Lutes, and Cindy Boyette.

A memorial service will be scheduled for a later date where everyone will be encouraged to wear camouflage and compare what garage sale treasurers Tony found for each person.