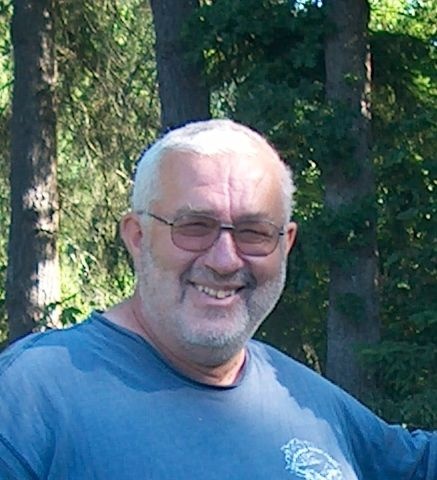 Gerald Wilbert Reneau (Jerry) was born July 26, 1940 to Marion and Phern Reneau in Portland, OR and was baptized Sept 1940 at Bethany Lutheran Church in Portland. He graduated from Cleveland High School in 1959 and worked for his dad's electric company, Watco Electric. He served in the US Army from 1962 to 1964. After being discharged, he was hired by the US Forest Service in 1965 as a seasonal worker planting trees and fighting forest fires. In the winter time he worked as a lift operator at Summit Ski Area on Mt. Hood; first at the top of the T-bar then later on the rope tow. He loved working with the children just learning to ski. They loved him too; many of them returning years later with their own children. It was also on the mountain he met his future wife, Patricia Bates, who was a short order cook at Darr's Mountain Shop. Jerry had to stop in every morning for fresh cooked maple bars and to talk to Patty. They married Oct. 28, 1972. After Jerry was hired permanently with the forest service, they lived in the housing compound at Ripplebrook Ranger Station for 20 years until his retirement. During that time, he had a variety of duties including fighting wildfires, firewood patrol as a law enforcement officer, warehouse-man, and his favorite job: driving a 3000 gallon water tender on forest fires. (He was also known as Smokey the Bear, making rounds at several campgrounds during the summer.)

Jerry was a life member of the Trails Club of Oregon, hiking and backpacking in his younger years, including a climb up Mt. Hood. He was very involved in the rebuilding of the Nesika Lodge at Larch Mountain, hauling in many loads of building materials in his big blue truck.

After retirement he and Patty moved to their home at Eagle Creek. One of his favorite activities was cutting and splitting firewood for friends and family.

In 2015 he fought off a mersa infection that left him in the hospital battling sepsis. He recovered but lost the use of his legs and remained wheelchair bound for the rest of his life. He spent his last three years at Good Samaritan Fairlawn Village in Gresham where he received excellent loving care.

He is survived by his wife, Pat, his sister Anita Daniels (Charles), nieces Laurie Cook (Gary), Charlene Welch (Ralph), and Bonnie Backburg, along with several great nephews and nieces and great grand nieces. Another niece, Susan Daniels, preceded him in death.

A celebration of life will be held at a later date.
To order memorial trees in memory of Gerald Wilbert Reneau, please visit our tree store.