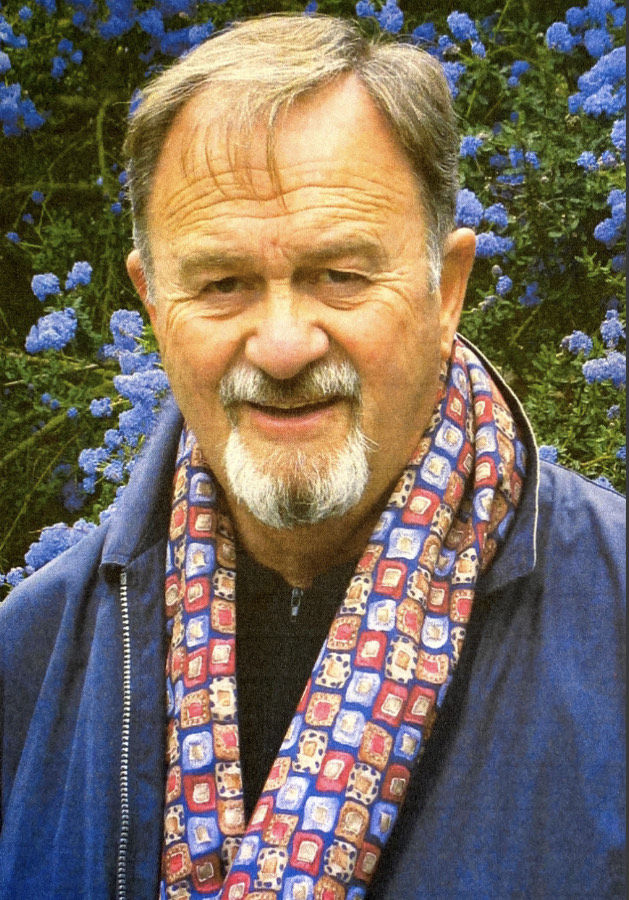 Ultimately, we decided not to post an obituary in the paper, because:
#1. Who reads the paper anymore? ߘ„ But more importantly,..
#2. The cost was NOT something Dad would have paid. ߒ°

Here's what Dad had written:

Survived by: his loving wife of 56 years (12/1964) Ruth T. Tremper, children Yvonne Hill and Melinda Olinger, and grandsons Zachary Hill and Jacob Olinger.
He was born January 24, 1941 in Perry Hall, Maryland, the fifth of six children of Theodore B. and Marie C. Tremper
Predeceased by both parents and siblings: Henry, Theodore, Rose (Coster), and Helen (Crowe).
Surviving sister Margie (Lynch) of Dewey, AZ.

After graduating high school, in 1958, he joined the USN[avy]. After receiving an honorable discharge, he moved to Arizona and started working for the National Cash Register Company (NCR). He was transferred to San Diego in 1963. While in the Navy [he] started working for a degree; he continued that part time pursuit until he received his diploma from SDSU in 1973.

Jerry was a member of St. Columba Church and a long time member of Knights of Columbus serving as Grand Knight and District Deputy.
In 1969, he joined the SD County Marshal's Department. Retiring after 25 years, he and Ruth traveled the world. They enjoyed seeing all of the USA, and most of Canada and Mexico. All together they traveled to seven continents and over 100 countries.

He enjoyed an ACTIVE, HAPPY and COMPLETE life.❤

This is so Dad's writing… to the point, modest and factual. ߓ

We have an old family bible that we record such things like birth, deaths, and marriages in, but dates, names, and facts don't capture the essence of a person, in my opinion.
Soooo, this is what I wrote:

Gerald James Tremper - also known as Jerry, Jer, Uncle Jerry, Dad, Pops, and Grandpa – passed away peacefully at home on Monday, September 13th, 2021. He is preceded by siblings: 2 sisters (Helen and Rose) and 2 brothers (Ted and Henry). He is survived by his wife: Ruth Anne Tremper, his two daughters: Yvonne Hill and Melinda Olinger, and two grandsons: Zachary Hill and Jacob Olinger, and one sister: Margie Lynch.

Dad was born in 1941 in Perry Hall, MD. He grew up on farmland (*this is where our styles diverge*), where he excelled in mischief making as a child: starting a small fire that burned down part of the woods behind his house, shooting his younger sister with an arrow after talking her into pretending to be a deer and running across the lawn, maneuvering a parked car down a hill… straight into a chicken coop, chopping down a nice, fresh, family Christmas tree… from a neighbor's yard. And so on. ߘ‹

I can't say much about his high school years or his time in the Navy, but I do know that Dad worked at various jobs in his lifetime: hay bailer, store clerk, Navy recruit, cash register repair person, and as "Sergeant Jerry Tremper" with the San Diego County Marshall's Association – a position he took medical retirement from in 1993. He didn't stop there, however. In his retirement years, he took on roles as tour guide, historical docent in Old Town San Diego, library treasurer, etc. In addition to paid and unpaid work, he held various roles over the years with Knights of Columbus, including serving as Grand Knight, and other roles with the Men's and Senior clubs at St Columba.

In 1963, my dad met my mom at a nightclub on Colfax Ave. in Denver, Colorado. He was there for training, she was there for a nursing rotation at the Fort Fitzsimmons Hospital. I love hearing stories from this time about how my dad would drive his TR-3 that was so low to the that my mom could touch the ground by just reaching out the window. And driving said TR-3 on the frozen roads of Colorado and through the backroads of Oklahoma.ߏŽ

After Mom and Dad married (on mom's lunch break - true story), settled down in San Diego, raised two WONDERFUL kids, and retired, Dad and my mom set out on fulfilling their dream of travel. I've lost count of the number of countries that they explored, but I do know the number of continents: seven – which is ALL of them. ߧ­

Dad wasn't wrong: he lived an ACTIVE and FULL life.

I asked the family to describe Dad and what they would miss about him. In addition to Dad being a friend, companion, father, and husband…

He was (and by no means is this an exhaustive list): humble, always with a joke, generous, thrifty, he knew how to make people feel welcome, the loudest sneezer I've ever known, dependable, gregarious, curious, worldly, knew the value of a dollar, silly at times, understanding, a definite NON-hugger, intelligent, resourceful, helpful, kind, a good social event organizer, supportive, full of stories, a good tickler, impatient, handy, the worst person to learn how to drive from, thoughtful, and a gentle giant of sorts. He was the type of person that would get tacos for a van full of prisoners in transport, that would without a doubt come and bring a spare set of keys when "SOMEone" got locked out for the umpteenth time, and that would "show up" when he was needed the most.

We will miss his gift of gab, love of good food (or pretty much any food, really) and ice cream (or pretty much any sweets, really) as well as his uncanny ability to find food in any locale, the way he would sneak Hank (the Dog) pieces of chicken from the counter in the kitchen, his sense of humor, his never-ending curiosity and thirst for adventure, being comfortable enough with himself that he could insert himself into pretty much any situation and start making new friends, his ability to bring smiles to the faces of anyone even through moments of pain, his persistence in saying something witty in even the most serious of situations, the ability to make his presence known in a room even without saying or doing anything at all …. and his love of Denny's pancakes. ߥž

▪︎ Mom will miss Dad's "Good Morning", his voice, their adventures in travel, and his cooking skills. ߍ³
▪︎ Yvonne will miss the way he would play devil's advocate and give insight as to all the reasons as to WHY NOT to do something… and then, perhaps, going ahead and doing the "thing" anyway.ߘˆ
▪︎ Zach will miss his fatherly presence and teaching him "dad things" like how to replace a tire, use a grill, and how to use any and all of the thousands of tools he stored in the garage.ߛ
▪︎ Jacob will miss the funny stories he told.ߘ†
▪︎ And even though he's not blood related,Greg (my husband) will miss their shared love of Costco, and of Costco pumpkin pies.ߥ§
▪︎ As for myself… well,… it's hard to pick one thing because there are so many little things that made Dad unique… But, I will miss the distinct sound of his recliner footrest going up – a sure sign he was settling in to read a book in "his" corner. Quite possibly the latest James Michener. And of course, the classic Tremper Mumble. And even after I moved to Colorado, I will miss being able to pick up the phone and hearing his deep voice asking "What's Up?" on the other end of the line.☎️

As you can tell, Dad was one of a kind, that's for sure.
And we are all honored to have known him along his journey of an ACTIVE, HAPPY, and COMPLETE life. ߕŠ

Before I go, I'd like to take a moment to say a couple thank you's. #1… Thank you to my sister, Yvonne… for helping with the myriad of details that dad's care required. For moving yourself and your son in to be closer to where you were needed. For being there. And doing all the things.
#2… Thank you Mom. I know this hasn't been easy. But I watched you at Dad's bedside when he was at his worst and he couldn't have had better care from a better nurse. I witnessed true love in those quiet moments. Thank you for being a true companion until the very end.

Rest in Peace, Dad.
We love you. ❤
To order memorial trees in memory of Gerald James Tremper, please visit our tree store.
Send a Sympathy Card