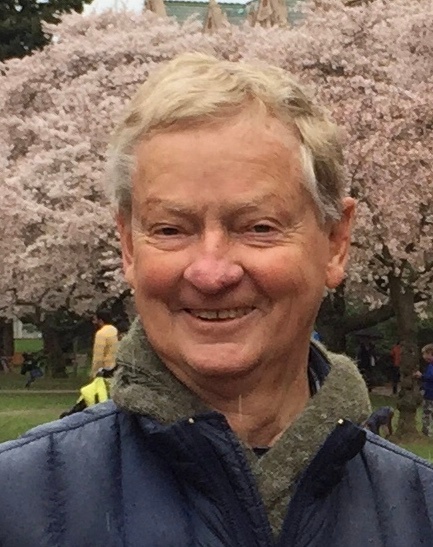 Arvi was an inquisitive child from the very beginning, interested in the world and all things mechanical.  He had a lifelong love of planes, trains and automobiles.  As a young boy, he watched in wonder at the airplanes flying over war-torn Germany, and he dreamed of becoming a pilot. He spent his childhood both in Germany and his mother's home country of Finland, learning more about airplanes at the small airport in Inari, and identifying the makes and models of passing cars.

In 1957, with his mother and younger sister, he emigrated across the pond and then by transcontinental train across the Rockies to Vancouver, Canada. He learned English while working as a pin setter at the local bowling alley and delivering telegrams by bicycle. He then used his interest in cars and his natural mechanical talents to work at an auto repair shop while finishing his high school diploma through night school. In whatever spare time he found, he pursued his dream of becoming a pilot, taking lessons, accumulating hours flying into the British Columbia bush, and meeting many life-long friends at the local airport.

In 1964, Arvi was hired by United Airlines and (after a forgettable first six months in Newark) moved to Los Angeles, where he would stay for the remainder of his 36 year career, retiring in 2000 as a 747-400 captain. Living in Manhattan Beach, he met Sue, a United flight attendant. They married in 1967 and spent 54 years together, traveling as often as possible, all around the world.

Arvi’s love of travel and his career in the skies took him to every continent and over 65 countries.

He and Sue moved to Rancho Palos Verdes in 1971 where Arvi became very involved as a volunteer for a variety of community organizations. He served on the RPV Transit Advisory Committee, coached youth sports, served on the PTA, and supported the Norris Theater through Bravo, just to name a few.  He was also one of the early users of VHS video cameras, becoming the unofficial videographer for many productions of PV Children's Theater.

Flying was not just a career but also a passion. He loved flying his private Cessna out of Torrance Airport on adventures to Catalina Island, all over California and even as far north as Alaska and Churchill, Manitoba.  He volunteered with the Young Eagles (a program for youth pursuing their pilot dreams), helped establish the Torrance Airfare and served on the board of the Western Museum of Flight located at the airport. He was also fascinated by the world beyond the skies and read extensively about the universe, gazed outside with his telescope, and followed the space program from the very beginning.  The trains and automobiles were not neglected though, as he constantly tinkered with his 1966 Buick and turned first a spare bedroom and then his backyard into sprawling model railroad layouts.

He was a dedicated husband, enthusiastic father and grandfather, and a loyal friend.  Often described as a "character", Arvi was gregarious to say the least, made new friends wherever he went, and loved to tell a good story or three. In his retirement years, he socialized in a monthly bowling group at Gable House, with the Del Amo Flyers, the airport lunch bunch, Red Barons and at weekly Friday picnics at the Point Vicente Interpretive Center.

He will be deeply missed by his wife Susan (Hogan); children, Andrew (Haeryung Shin) of Seattle, WA and Alisa Todd (Matt) of Pleasant Hill, CA and his 3 grandchildren: Serafina, Martin and Jackalyn.  He also leaves behind his sister, Kirsten Williams (John) of Vancouver, B.C. and many, many friends near and far.

A celebration of life will be held at 1pm on June 12 at the Western Museum of Flight at the Torrance Airport.

In lieu of flowers, donations may be made in his name to the Western Museum of Flight or to your favorite charity.

Please feel free to share your thoughts and memories in the guestbook below.