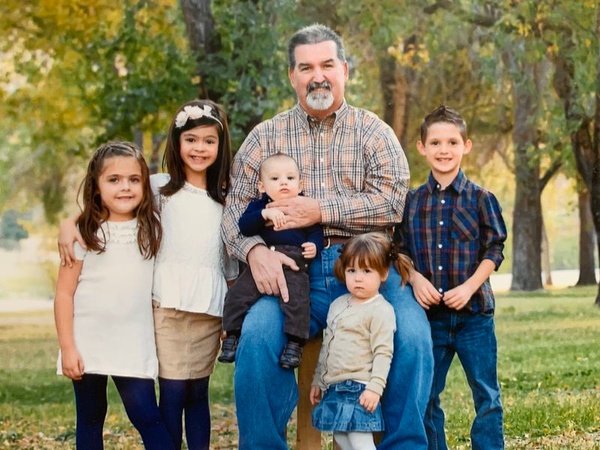 Guy James Chaffin peacefully went to be with the Lord on August 4, 2021, at his home in Pahrump, Nevada. Guy was 63 years old.

Guy was born to Robert and Patricia Chaffin on December 29, 1957, in Taft, California. Guy spent his childhood in several cities including Bakersfield,California. He moved with his parents to Ridgecrest, California, and eventually to Palm Springs where he graduated from Palm Springs High School in 1976. He was an accomplished athlete and lettered in four different sports including football, wrestling, baseball, and track and field. He then went on to attend Taft Junior College where he participated in both baseball and football. He was a part of the state champion football team at Taft College. He then received a scholarship to Lewis-Clark State College for baseball. Always a California boy, Guy returned to California and completed his baseball college career at Westmont College. His love for baseball continued in the summer of 1981 when he played for Athletes in Action. With this organization, he was able to travel Europe playing the sport he loved. In the early 1980s, Guy moved back to Bakersfield California and began a long and fruitful career in the petroleum industry. Guy had an amazing work ethic that was not rivaled by many. He always worked as hard as possible to provide for his family. During his career, he was able to travel the world. Traveling the world was fun but he missed his family and decided to find a job where he was able to stay closer to home. He retired from Aera Energy in 2016 after working for them for about 8 years. In February of 2019 Guy moved to Pahrump, Nevada where he lived until going to be with the Lord.

Guy is survived by the love of his life Victoria Knight. He and Victoria were lucky enough to have met and spent the last five years of his life together. He is also survived by his children; Daughter Christa Easton married to Clint Easton. Clint and Christa have four children Caedenn, Jennie, Kash, and Dawson, Daughter Lauren Chaffin, and her children Dylan and Kailyn. Son Mathew Chaffin. Brother Patrick Chaffin. Guy is also survived by many nieces and nephews who he loved dearly, as well as other extended family members.

Guy is preceded in death by his grandparents Elenore and Robert Mueller. Parents Robert and Patricia Chaffin, and brothers Darren Chaffin and Jon Chaffin.

Guy had a killer smile and an even better sense of humor. He was quick-witted until the end. He loved his family and did his best to make sure they were always taken care of. Guy was a critical thinker who enjoyed analyzing situations and finding solutions to problems. He was a spiritual man who loved to read his Bible and on Sundays could be found watching the latest sermon by Charles Stanley. Always the baseball lover, if Westmont was playing in the College World Series you better believe he was watching. First and foremost Guy was always a father and family man. There to lend a shoulder to cry on or a helping hand, no matter what time of day or night. He loved his children fiercely. Guy loved to talk about his childhood with his brothers and especially loved his grandparents Elenore and Robert Mueller. They were most certainly waiting for him in Heaven. Guy will be terribly missed by all that he left behind.

Services are currently pending. More information will be forthcoming.