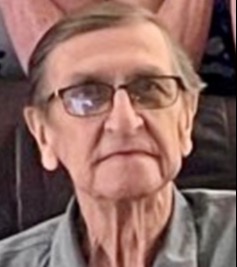 He grew up near his family’s homestead in White Salmon, Washington where he attended Columbia HS and later attended Grant HS in Portland, OR. As a young man, Hale joined the U.S. Army on October 23, 1963 where he served as a 72C Switchboard Operator until he was Honorably Discharged at the rank of PFC (Private First Class) on October 22, 1965. Shortly before the end of his military service, Hale married Ellen King on May 10, 1965 in Yakima, WA. After leaving the military, he moved to Portland Oregon where he spent the remainder of their married life together.

Hale worked at Portland Bottling for nearly thirty years from 1971 to 2000 where he was a member of the Teamsters Local 162. After finishing his career at Portland Bottling, he retired to their family home in Portland, OR where he to enjoyed playing pinochle with family and spending time outdoors, fishing and boating.

Hale was preceded in death by his first-born daughter Sandra. He is survived by his loving wife of 57 years, Ellen (King) Cox, three of his four daughters Lori, Rhonda and Carla, his seven grandchildren, nine great-grandchildren and one great-great grandchild.

Fond memories and expressions of sympathy to the family may be shared here online or at Willamette National Cemetery for the Cox family.