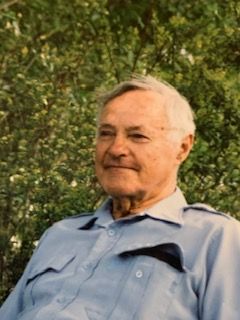 Harold's story began December 22, 1929 in Lahore, India (Pakistan) as the youngest of four children to teaching missionaries Ellen Martha (Foote) and Earle Melvin Rugg Sr. He exited peacefully on January 24, 2020 surrounded by love at his home in Salem, Oregon.

In between those dates, he filled his story with 90 years of many accomplishments, countless adventures, and rarely a harsh word. After graduating from High School (Woodstock) he left India in 1946 to join his older siblings in New York and briefly studied at Syracuse University. He left college to serve in the US Air Force and was stationed primarily in Honduras during the Korean War. He hitch hiked from New York to the University of New Mexico where he finished his degree in 1957 and kicked off a 36-year career as a Civil Engineer with the Federal Aviation Administration.

That career took him to Oregon where he met and married the love of his life Ruth. Together they raised five children, and lived in Oregon, California, Nevada, Maryland, and Colorado. Harold was often quiet but rarely still. He handmade marble boards for family and friends, designed and built a house from the ground up, worked in the yard, fixed just about everything, threw out pretty much nothing and was always ready to lend a helping hand. After retiring from the FAA in 1990, Harold continued engineering airport runways as a contractor, retired while in Colorado then later moved with Ruth to Salem, Oregon.

Son, brother, uncle, husband, father, grandfather, great grandfather, veteran, civil engineer, co-worker, friend, travel partner, mentor, family marbles king, and master enchilada maker. It is impossible to put into words all that our hero means to us, our extended family and dear friends. The story must go on, though his character will be greatly missed.
To order memorial trees in memory of Harold William Rugg, please visit our tree store.
Send a Sympathy Card