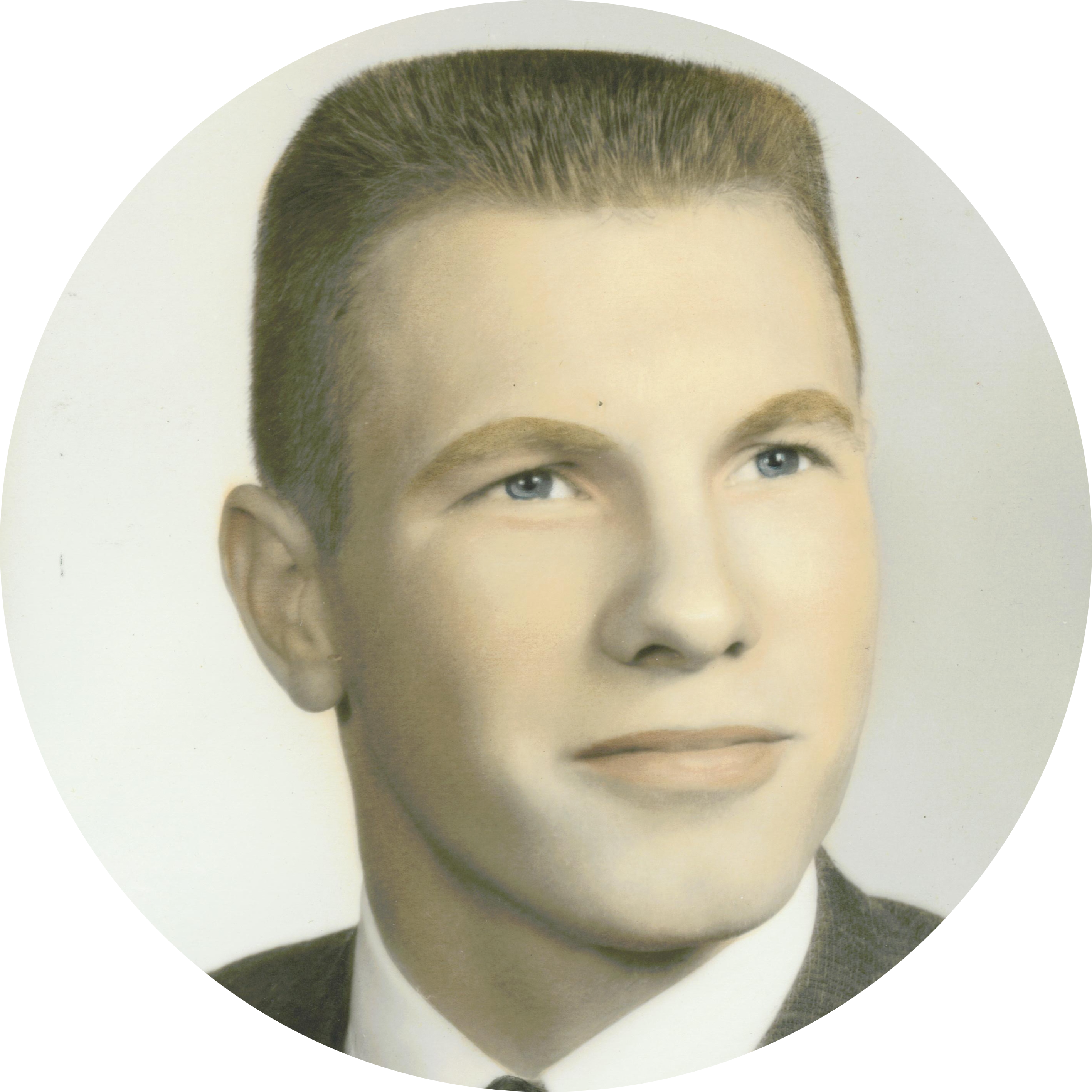 Harold was born on July 15, 1941, on a farm in Graytown, Ohio, the fourth child of Reynold and Emilie (Kontak) Semrock. As a backward, shy, country boy, he attended Graytown Elementary and Elmore High School and was an avid reader of history and nature which lasted a lifetime. He played many sports and practiced pitching a softball, aiming to hit a box painted on the side of his barn. Harold married Carol Puls on November 26, 1966, at Valparaiso, Indiana, where he attended Valparaiso University and received a BS in Physical Education. While in college, he played football and participated in track and field where he won awards in discus and shot put.

Following graduation in 1967, he worked at Beatty Memorial State Hospital in Westville, Indiana, in Recreation Therapy and taught on an ESEA Title III grant which he and his wife helped to write a curriculum to enable incarcerated children and youth to prepare for discharge into the community. During that time Harold was very involved in Special Olympics.

In 1974, he and his wife and son Chris moved to Bozeman, Montana, where they were instrumental in transitioning the developmentally disabled patients from a state institution into group homes in the community and where Harold pursued his love of the outdoors and traveling, all of which he incorporated later on in his field trips with his students.  He was a member of the National Wildlife Federation and Audubon Society.

Being adventurous and loving to travel, in 1978 he moved the family of 5, which now included 2 little girls, Carly and Jennifer to Arizona.

Harold spent one year as a prison guard in Florence State Penitentiary hoping for an educational position. A year later, Harold and his wife were asked to teach in a Christian school in Tucson. His next 30 years as a teacher/principal led them to Ohio, South Dakota, and back to Tucson where they incorporated Dove Christian School as their own business. He and his wife retired in June of 2010. Harold continued to tutor in various settings until 2017 when his health failed. In May of 2021, they moved to NC to be closer to family and purchased a house in the small town of Hildebran, NC, where he enjoyed the beautiful flowers and birds in his little half acre.  Harold was a teacher, mentor, lively storyteller, bird watcher, hiker, traveler, puzzle builder and environmentalist, but most of all he was a Christian and testified to all those around him of what the Lord Jesus Christ had done for him.