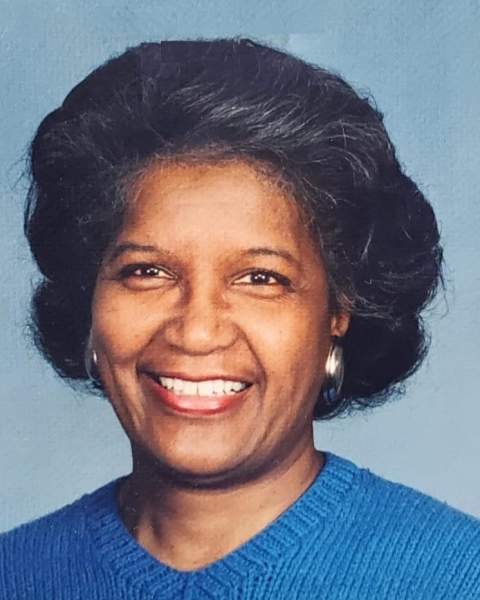 Harriet Brown had a warrior spirit wrapped in grace, style, and intelligence with a beautiful smile that lit up a room. She developed a wonderful sense of humor to help her ease through her life's journey. She navigated through the many inequities of her era, raising a child on her own, while helping and counseling others. It was a difficult journey but she did it with excellence, poise and grit.  Her determination and fundamental ideals of compassion, truth, and celebrating shared experiences allowed her to teach, learn, love, and appreciate all types of people, ideas and lifestyles. She was a lovely woman that cared for, and was admired by many. Although she will be missed her spirit lives on within so many of us.

Harriet Jacqueline Hoover was delivered by her grandmother Rebecca Singleton Gantt in the Gantt family home in Columbia, South Carolina. Returning to the Hoover family home in Washington, DC, Harriet was the first child and enjoyed the full attention of her parents Florence Elizabeth Gantt, and Thomas Lee Hoover. Florence was a high school English teacher where Harriet gained her appreciation for creativity, education and the arts. Thomas was Pullman Porter on the B&O and Pennsylvania Railroad Line where Harriet gained her love of travel. Later, sister Caroline Rheba (Dee) was born and subsequently Lil' baby brother, Thomas Lee, Jr. arrived. She loved her family dearly.

Harriet Jacqueline grew up on “The Hill” in D.C. and attended Monroe Elementary, Banneker Jr. High and highly esteemed Dunbar High School, graduating in the Class of 1949. As she grew up, she found that people and their motivations fascinated her.

During the war years, Harriet was actively collecting papers and cans to support the US efforts in WW II. She worked as a dietary maid at Garfield Hospital during the summers and also worked summer jobs in upstate New York. She always returned to South Carolina to visit her extended family.

Striking Out On Her Own

After high school, she pursued her passion to explore the humanities and social sciences by attending Howard University from 1949 to 1955, earning both her undergraduate and graduate degrees in Clinical Psychiatric Social Work. Later she did post graduate work at the University of Pennsylvania from 1957-1959, furthering her qualifications into administration and supervision.

Harriet’s first professional job began as a social worker in the Crownsville State Mental Hospital in Annapolis, Maryland. Due to her credentials and abilities, she moved up the ladder rapidly.

In the midst of this work, she met and married Larry Brown and had her son, Rodney in the fall of 1961. The love and respect Harriet instilled in Rodney as he grew provided a stable foundation from which he flourished.

In addition, she spread her knowledge and skill by teaching college students. Most notably, she was Emeritus Professor at Howard University for several years. She also taught at the University of Pennsylvania and Goucher College preparing the next generations for success in social work.

In retirement, Harriet kept in shape by going consistently to water aerobics and also adored the theater. She also pursued her love of travel. Some of her favorite locations include Egypt, South Africa, Senegal, Paris, Canada, the Caribbean, Hawaii, and Italy. Many of these trips were spent with her son, deepening their relationship and shared love of travel. Train trips were some of her favorite trips, watching the world whiz by.

Harriet was also very involved in various organizations which stemmed from her love of the arts. One such group was Jazz Expressways - a group that traveled throughout the US to experience live Jazz music. Another was called The Society Inc. A group dedicated to improving access to cultural experiences for disadvantaged youth. Over the years she served as national financial secretary, treasurer, corresponding secretary, and was responsible for establishing this national philanthropy with its articles of incorporation and its 501c3 status.

The Tangs was another social group that started after high school that gathered until the 1990's.  Girl’s Night Out (GNO), was the fun name for her group of friends from Parkside Plaza. They gathered for dinners, parties and for general support of each other.

Living at Parkside was a true joy as she felt at home listening to the rustling of the leaves and napping on her balcony watching the verdant trees that filled her view. There she felt at home, reading, relaxing, and entertaining her friends as she embraced retirement.

Early morning August 23, 2022, Harriet passed in a loving home in California with her immediate family, Rodney and Liz. During her final year, the strength of her bonds with her siblings, Tom and Rheba, as well as their children, was reflected in festive get togethers, calls, texts, gifts and cards. Her extended family-in-law, the Waterstons, showered her with love and appreciation as well. Her friends near and far kept in touch, reaching out, and kept her engaged and involved until the end.

The family wants to sincerely thank everyone for their concern, support and outreach of love and sympathy over this past year. It helped ease the pain of losing a loved one and it reinforced appreciation for the beautiful bonds that Harriet shared and cherished. As we continue, we know that she loved what the Southern Poverty Law Center stood for, so we ask that if you'd like to show further support (in lieu of flowers) you may donate to one her favorite charities in her name. https://www.splcenter.org/support-us