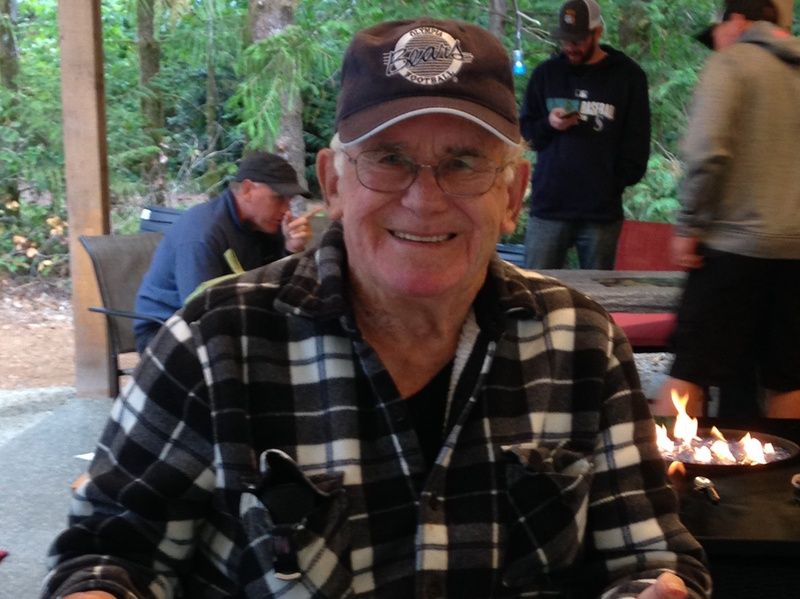 Born August 24, 1930 to Charles and Pauline Hert, was proud to say he was born in the "Blue Bed" out at the ranch in Parker Wa. He was a proud graduate of Wapato High School class of 1948. He was active in Football and Track and Field and the FFA.
Member of the Army 82nd Airborne,Paratrooper division. Marched in the Inauguration Parade for President Dwight D Eisenhower January 20th, 1953.
Harvey worked for Weyerhaeuser Container Plant 37 years, he was a knife man on the corrugater a large machine which made the corrugated board boxes where made from, he retired in 1994.

Harvey was an avid hunter and fisherman, and camper. He loved his yearly hunting trip up to the Colockum pass area in Eastern Wa. with brothers and nephews, and many friends. He would always tell the stories of putting up the tent with Max and Bill and all the crazy times up at camp. The older he got, the stories were more about the beauty of the land and animals along with the great food they would cook up! The yearly camping trip to Little Naches with family was always a favorite, playing Pinacle with his sisters, always made for a great laugh!
He loved to garden, and work in his greenhouse, he would supply everyone with tomato plants and flats of marigolds each year. He grew a large vegetable garden and would love to share his harvest with family and friends. He took pride in his yard, loved to mow a few times a week, and always let his kids know when it was time to fertilize!
Harvey was a family man, he loved each of his grandchildren and enjoyed as they grew and would follow their sporting events and activities, always their favorite fan, calling them up the next day to go over the game or race. He loved family dinners, and get together's .
Harvey left an impact on the people he loved, he was an honest, hardworking man who told it like it was!
You lived a wonderful "89" years, RIP HARV!
We love you!
To order memorial trees in memory of Harvey Harold Hert, please visit our tree store.
Send a Sympathy Card