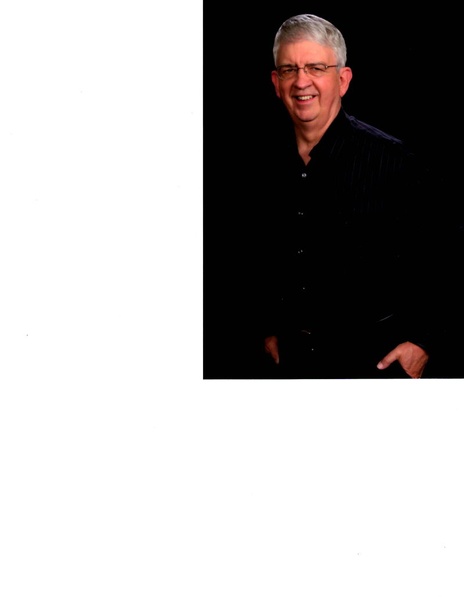 Harvey John Symm, age 74, passed away at his home in Austin, TX on October 1, 2021 with his beloved wife and loving daughter by his side. After battling Parkinson's for 12 years he is at rest with the Lord. He was loved deeply by his family and will be missed greatly.

Harvey was born in Brenham, TX on April 9, 1947 to Victor Otis and Gladys Irene Symm in Serbin, TX. He was the oldest of four children. His sister Karen Symm, brothers Mike Symm and wife Barbara Symm, and Dave Symm and wife Tina Symm survive him. Harvey attended St. Paul Lutheran for grade school as well as church and then graduated from Giddings High School.

Harvey received his draft letter, as he turned 18, for the Army on April 8, 1966. After two years, he separated from the Army to work for Alcoa in Rockdale, TX for a few years then enlisted in the Air Force (AF) in 1972. He was able to stay stateside during the Vietnam War and the Gulf War. During his time in the Armed Service, he was able to raise his family in one location, Austin, TX, which is an accomplishment in itself. During his tenure in the Air Force, he was stationed at Bergstrom AFB in Austin, TX; Decimomannu AFB in Sardinia, Italy; Cannon AFB in Clovis, NM; and Randolph AF in San Antonio, TX where he retired. During his stay in New Mexico, he would come home monthly to visit his family, Josie and Melissa. He made lifelong AF friends (AF family) and he would cook Menudo and roast pigs with them. Harvey retired after 22 years on March 31, 1994 as a MSgt with many accolades. He impressed all of his commanding officers due to his outstanding work ethic in personnel. MSgt Symm received two Meritorious Service Medals, four Air Force Commendation Medals, and two Air Force Achievement Medals. He was proud of his service to his country and was a true Hero.

After taking a year off, he worked for the Post Office and finished his civilian service tenure at the Department of Veterans Affairs where he worked for another 17 years until retirement. He made many friends along the way as Harvey didn't seem to know a stranger. Many of his coworkers were in attendance at his VA retirement party and spoke of how they were going to miss him.

Josephine Jimenez and Harvey Symm married on June 22, 1970 and they happily spent 51 years of marriage together. Harvey told Josie that he loved her each and every day. Harvey loved Josie so much that he sold his beloved tractor to pay for their engagement. In the early days of marriage, they settled in Austin, TX making friends and spending time with family. The couple enjoyed taking Josie's parents, Esther and Joe, on vacations for many years. They would stop at every roadside attraction and made lasting memories from every trip. Harvey made time each year in May to visit his hometown, just an hour away, to enjoy the Serbin Picnic where he visited with childhood friends and family, ate barbecue, and drank beer. Their daughter, Melissa, was born in 1973 and Harvey couldn't have been more proud. In 1983, the three of them moved to Westlake within Austin. Every Saturday, he and Melissa spent the day running errands to McCoy's Lumberyard, Callahan's General Store, and Sam's Club. They would listen to country music in his GMC pick up truck driving around town while Josie worked as a hairstylist. There were many special times shared in those days.

Harvey is survived by Josephine his wife, Melissa Kalina his daughter, her spouse Johnie, as well as four granddaughters, Megan, Katelyn, Lauren, and Madison Kalina. All of his girls were his pride and joy.

Harvey and Josephine frequently took road trips all over the US. He would take Josie and Melissa anywhere they wanted to visit. Harvey was also a world traveler. Josephine won many international trips through Regis Hairstylist as a manager. They enjoyed lavish vacations for many years, even partying with the president of the company. Harvey only wanted the best travel destinations for his family; Florida, Colorado, Hawaii, Oregon, and Mexico were some of the families favorite destinations as the grandkids grew up. On every trip, Harvey would find the nearest AF base and tour the Base Exchange. When the twin grandchildren were born, he and Josie moved across town to be near Melissa, Johnie, and the girls as they never wanted to miss a special occasion. His girls were able to visit whenever they wanted and had slumber parties at a young age where Popo dropped "magic sprinkle dust" on the girls to sleep better. Harvey loved filling up the granddaughters cars with gas anytime he could. His manicured backyard with a variety of plants maintained by Josie and his pond of over 10 years which contained massive goldfish were a true gem that he loved to show off.

Harvey proudly wore his Veteran's cap in public and always had his American flag hanging outside. His love of tractors is something he shared with his grandchildren regularly. He kept up with his rain gauge regularly and often asked about others' rain totals as he loved knowing this weekly tidbit. Harvey's tank, at his farm in Serbin, TX, was very special to him and he showed pictures to friends regularly. He was known as a real handyman who could fix anything given to him, from yard equipment to building an add-on to a house. He enjoyed helping others, especially Johnie, who he taught how to meticulously do things the German way, a.k.a. "Harvey's way". Sometimes Harvey could be found in his garage reorganizing his tool boxes, mowing the neighbors or daughter's yard down the street, or talking to the greeter at Costco. His nicknames were Tex from his days in New Mexico, Popo from his girls, and Princess given to him by his granddaughter Lauren.

The family of Harvey Symm will be honoring him with "A Hero's Farewell", a memorial service on December 18th, 2021 at 12:00pm.
Fern Bluff Community Center
7320 Wyoming Springs Dr
Round Rock, TX 78681
(Lunch will be served along with the memorial service to remember our Hero so please plan to join us as we remember Harvey John Symm.)