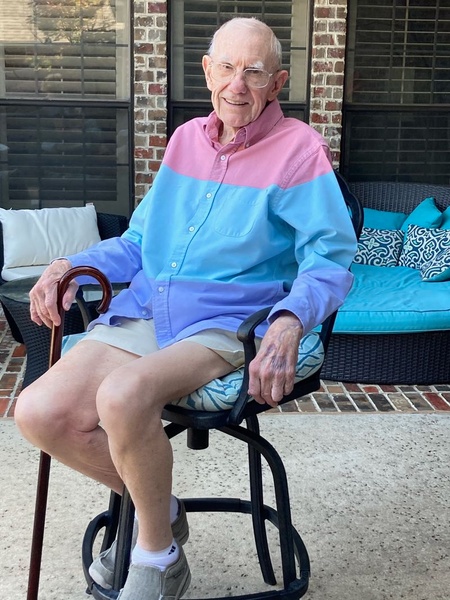 After a long and contented life, Herbert Costner died on January 13, 2021 at the age of 90. In the later decades of his journey, Herb and his beloved spouse, Carroll Hovland, shared many joys and challenges. After Carroll's death in 2017, Herb never completely adapted to living alone, despite having the loving support of family and friends.

A devoted father to his three sons, Herb advised more than he commanded, and encouraged more than he dominated. One of the great joys of his later life was the periodic gathering in Indian Wells of his sons and their wives. John and Chris came from Rancho Cucamonga, Philip and Amanda came from Dallas, and David came from Seattle. Herb's only grandchild, Shea, was a very special addition to most of those gatherings.

Born in Lincoln County, Oklahoma, on April 5, 1930, Herb was a graduate of the University of Oklahoma. He also earned a Master's degree and a Ph.D. from Indiana University.

Herb joined the faculty of the University of Washington in 1959. Thirty-seven years later, he retired with the title Professor Emeritus. He served as Chair of the Department of Sociology and as Associate Dean of the College of Arts and Science. While on leave from the University from 1976 to 1979, he served as Director of the Division of Social and Economic Science at the National Science Foundation in Washington D.C. He was elected President of the Pacific Sociological Association and held various offices in the American Sociological Association.

During the academic year following his retirement, the College of Arts and Sciences and other academic units sponsored a lecture series in Herb's honor. Several distinguished scholars came to Seattle to give lectures related to Herb's scholarly work.

We treasure the memory of this kind and reflective man who enriched the lives of his students, his colleagues, his friends and his family.
To order memorial trees in memory of Herbert Lee Costner, please visit our tree store.