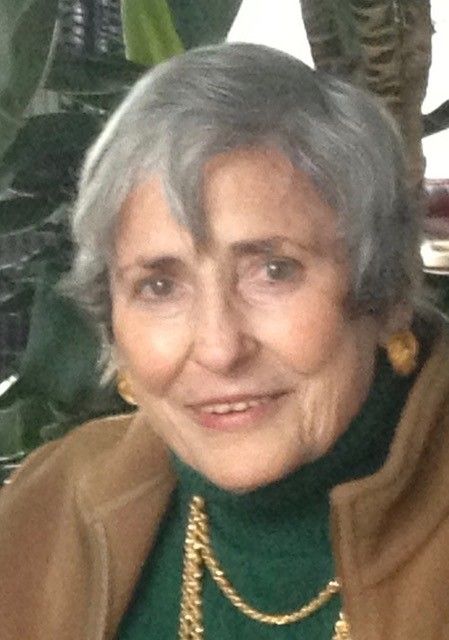 Irene Phillips Barker, 94, passed away peacefully from heart disease on March 31, 2020 in Bellingham, WA. She was born in Hanford, CA to Gladys Irene (Darby) & Oscar Le Roy Phillips on September 25, 1925. She was proud of her San Joaquin Valley heritage and enjoyed growing up in Fresno County among its farms and natural beauty. She often spoke of riding her bike with friends, her Laton school adventures, and spending wonderful times with her mother and Uncle Bob & Aunt Kathleen. She took great pride in being one of the longest attending class members at her high school reunions.

In 1943 she moved with her mother to San Diego. While working at the Western Union on the US Naval Station she met Robert 'Bob' E. Barker. They married on January 28, 1945. Together they had three children, Bruce, Robin & Kevin. The family lived in San Diego for 15 years after which Bob's Naval job took them to Charleston SC, Boston, MA and San Juan, Puerto Rico. They retired to San Diego where they were active in and supportive of many community groups. They moved to Bellingham, WA in 2004 with their son Bruce. They were each other's best friend and were married for 68 years, until Bob's death in 2013.

Irene was known for being a wonderful cook and hosting fun & delicious dinner parties. She especially enjoyed travel, dogs, and gathering with friends for a good game, to discuss a book or for a good laugh. Friends and family could always expect a birthday, anniversary or holiday greeting from her in their mailbox.

Irene was predeceased by her young daughter Robin, her son Kevin and her husband Bob. She is survived by her son Bruce and many good friends from around the world.

Due to the current COVID -19 crisis a Celebration of Life will be held later in the year. In lieu of flowers memorials in Irene's honor should be made to the Bellingham Lighthouse Mission, Saint Jude's Children's Hospital or Mama's Kitchen in San Diego.
To order memorial trees in memory of Irene Phillips Barker, please visit our tree store.
Send a Sympathy Card