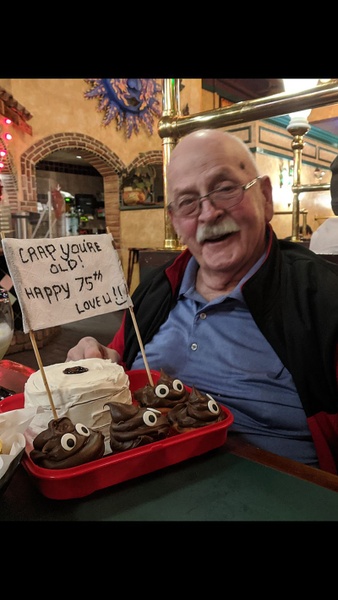 It is with heavy hearts that we have lost our beloved Husband, Dad & Friend James Robert Calvisky. .Born February 12, 1945 he went to Heaven on July 25, 2020. He resided in Yakima, WA for the last 2 years after retirement. He left behind on this earth his Wife and Best Friend of 60 years Barb Calvisky, son Jim (Karna) Calvisky of Indiana, daughter Rennaé (Javier) Villanueva of Yakima, sister Janet (Marty) Stevens of Woodinville, WA, Uncle Tony & Aunt Laurie Calvisky of AZ, 4 grand children and 4 great grandchildren. Best friends of many years Barry & Joni Aalgaard of Pasco, WA.

Jim was a hard worker his whole life. He worked in the transit field for many years starting as a bus driver and working his way to supervisor. He was in the first class of transit drivers for BFT in Tri Cites, WA & worked up to Supervisor working there for 20 years. He then was Supervisor at Smart Transit in Willsonville, OR until retirement. He was very proud of the Peach award he was awarded for top employee at Smart Transit.

Jim graduated class of 1963 in Cle Elum, WA. He maintained many friendships throughout his life.
To order memorial trees in memory of James Robert Calvisky, please visit our tree store.
Send a Sympathy Card