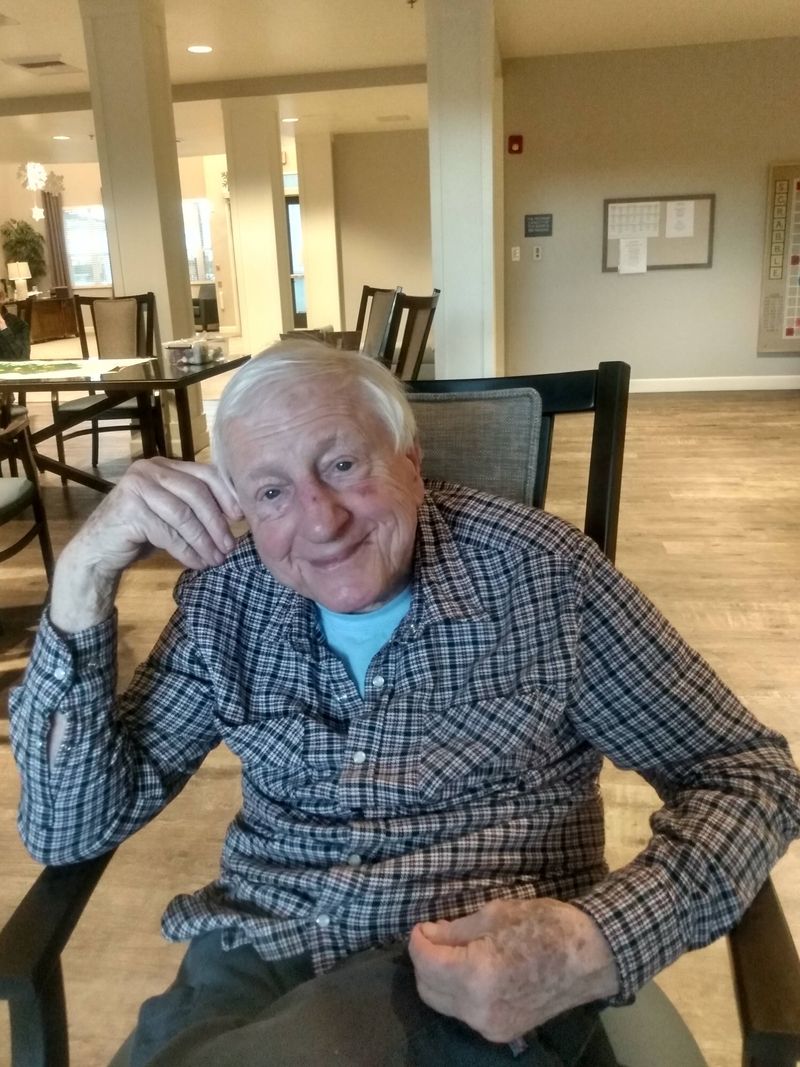 I knew Jim for a long time. From the time I was in high school. We were married for the last 27 years. What a ride. Jim was born in Queens, NY. He grew up in the Bay Ridge area of Brooklyn with his mom, 3 half-brothers (Bill, Everett & Ray) and half-sister(Frances). He went to the Catholic parish grammar school -50 boys and 1 nun per class. His mom moved the family to Oroville CA to be near her sister in the early 1940's travelling cross country on the Greyhound bus. The discrimination Jim witnessed on that trip made a lifelong impression on him. The family returned to Brooklyn when his brothers joined up for service in WWII and his sister worked for DOD.

Jim graduated from Hamilton High School where he began a lifelong love of aviation. He and his buds had an afterschool club called the Brooklyn Hot Heads. They designed and built remote control model planes. They flew them in contests all over the state. Very early drone pilots. Jim worked for Gruman Aircraft after highschool. He was inventive and could communicate with the German tool makers in the production department. Most of the German he learned couldn't be repeated at home, though his mom spoke German.

Throughout his youth Jim had undiagnosed epilepsy – His family just accepted him as their quirky kid brother. It wasn't until he drove back to California in the late 1950s that he took time to go to the Cleveland Clinic and get an actual diagnosis and start on antiseizure drugs. In California he came to the Bay Area for a job with Fairchild Industries in Marin. He was very active in the Young Christian Workers and later in the Christian Family Movement. Through these social activism groups he met his first wife – Jane. Jim and Jane moved to Menlo Park and quickly had a family of 5 kids – Michael, Chris, Cathy, Coco and Paul.

Jim transferred from Fairchilds' diode factory in Marin to the new Fairchild Semiconductor Co. in Palo Alto. The company was a bubbling cauldron of creativity and genius. Jim called himself a Tool Design Engineer. If you needed to build something that hadn't been built, he would design a way to do it. At Fairchild he worked on the development of an optical aligner that had the precision to allow for laying down layers on a substrate to create the first semi-conductors. Very heady stuff. Along the way he got a patent for a dual focal plane microscope. Jim continued to work in the Silicon Valley until he retired .

In his personal life, Jim moved to Santa Cruz and bought the house on Cleveland Ave. And started working on it. At some point he was on the ski patrol at Heavenly Valley. He owned a series of sailboats. If you went sailing with Jim you either loved the adventure or never sailed again. He sang lead with the Surf City Barbershop Chorus for many years. He was divorced and remarried. His marriage to Therese brought him 3 step-children – Michael, Maria and Lizzy.
Jim continued to learn about seizure disorders and formed the Epilepsy Society of Santa Cruz – a support group met for years at his home. He organized local conferences to educate people about epilepsy. He encouraged people with a seizure disorder to take charge of their lives and care. In 1995 Jim agreed to have brain surgery to remove an Arterial Brain Malformation (AVM) in his right frontal lobe. The successful surgery meant no more seizures and no more drugs.
The fact that the AVM was in his right frontal lobe meant Jim's impulse control was never great. On the other hand, it probably contributed to his creativity and unique approach to almost everything.

Jim and I were married in 1994. And Jim added another stepdaughter – Cypress. In about 2004 Jim and I took a road trip. Somewhere in eastern Washington we both said "Stop the car". I had seen cows – my favorite photo objects- on one side of the road. Jim had seen trikes flying off a field on the other side of the road. Thus started a series of new flying adventures. From flying trikes to building an experimental airplane, we had a good journey. Not many wives can say they have been flown in a plane their husband built. Jim was active in the Experimental Aircraft Association chapters at Watsonville and San Martin airports.

So many things that are part being a good pilot became difficult for Jim. Situational awareness, visual scanning, recognizing the usefulness of a sterile cockpit, just to name a few. And the years of hard work really caught up as his hearing declined and his arthritis increased. Then there was the dementia. Along about his 90th birthday, he really started to be his age, i.e. old.. Still he had his sense of humor, his smile. He loved goofing with little kids. And he always had a project or 3 going. Pretty much 24/7. His latest scheme was a gyroplane landing pad on top of our house. On Monday February 15th Jim celebrated his 91st birthday. He sang
"Happy Birthday" in duck and helped himself to the frosting on the cake.

On the night of Tuesday February 23rd Jim was taken to the ER. He was having trouble breathing. The ER doctor called me at 9:30pm. Jim had had a massive heart attack. I told him Jim and I agreed to no medical interventions beyond comfort care. The doctor told me to come. Jim managed a miracle in this year of COVID. He was given a quiet room. He was sedated and unconscious, but he waited til everyone who could get to the hospital was close by. And the hospital let us all into his room. We told Jim stories. We had a prayer circle. We could hold his hand. It was a sad day, but a good day. And now he rests in peace.
To order memorial trees in memory of James Joseph Doherty lll, please visit our tree store.
Send a Sympathy Card