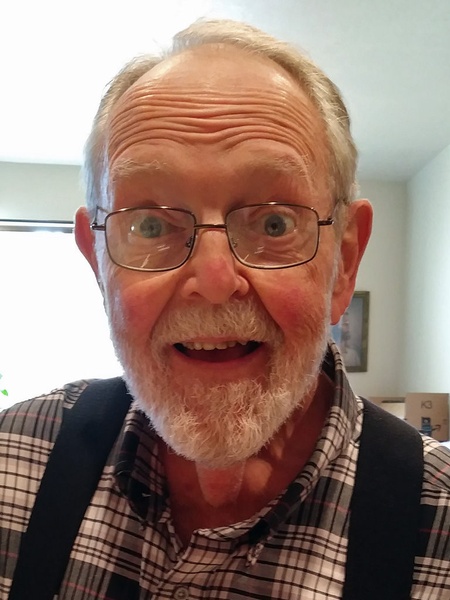 On Thursday, August 19, 2021, James E. Hansen, beloved husband and father, passed away at the age of 80, in Richland, WA. He was welcomed by his Heavenly Father into his eternal rest.

Jim was born in Spokane WA on March 3, 1941 to James R. and Dorothy Hansen. Jim grew up hunting, fishing, building boats and hot-rod cars, and helping his dad with painting work. He attended Garfield Grade School, North Central High school, Whitworth College and Gonzaga University. Later in his career, he received his MBA from UW.

Jim married Jane in 1961 while still attending Gonzaga. Upon graduation with a degree in Mechanical Engineering, he went to work for General Electric, which operated the Hanford Works. Jim continued to work as an Engineer with several different companies until his retirement.

Jim and Jane started their family in Spokane, which continued to grow for the next 21 years. Over time the family moved often. Lubbock TX was the furthest away before coming back to Spokane, down to Kennewick, over to Issaquah, back to Richland and then finally to Pasco. Through all these moves his large family was a continual source of joy, and he never ceased to say how blessed he was by God through his children. The first of his grandchildren arrived only months after the youngest of his own children.

Fishing was a favorite pastime, and likewise, Priest Lake ID was a favorite destination since his youth. Many summers were spent "at the lake"; honeymooning, island camping, movies on the beach, picking huckleberries, fishing, waterskiing, teaching others to ski, and boating. Jim loved to laugh and make people smile, and always had a joke at the ready.

Jim loved the Lord dearly. He read, studied, researched, wrote and taught others about the infallible word of God. As a natural leader, he was very involved in several different churches throughout the years. He excelled in children's teaching, church leadership, leading small groups, as well as developing and teaching several adult class curricula. He had a passion for gathering knowledge and teaching it to others.

Jim was preceded in death by parents James and Dorothy, sister Carolyn, and granddaughter, Jessica. He is survived by his wife, Jane, sons and daughters: Jim (Lori), Michael (Colleen), Melissa (Michael), Matthew, Christopher, Miranda (David), Rebecca (Sergei), and Joshua (Brittany), as well as 25 grandchildren and 8 great-grandchildren.

There will be a Celebration of Life Memorial Service at a later date.
To order memorial trees in memory of James Edward Hansen, please visit our tree store.