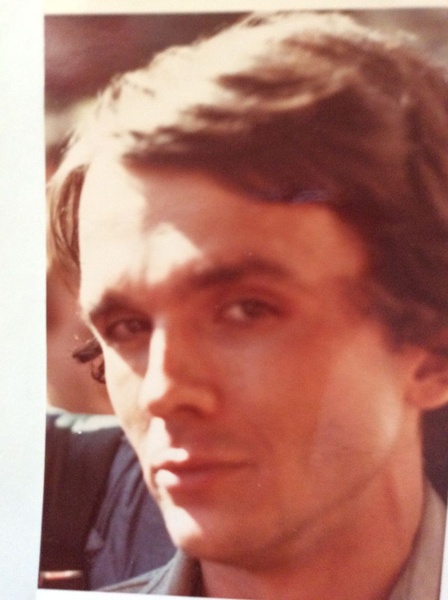 Jim Johnson was born in Denver, Colo. to James and Martha Ann (nee Almond). The family relocated in September 1947 to North Carolina where his mother had been born. By 1950, a move was made to Dallas, Texas. After spending the first grade there, the family moved to Los Angeles, Calif. via Denver (the last time Jim saw the place) pulling a 35-foot trailer by truck over Loveland Pass. This was followed by a mid-summer crossing of New Mexico and Arizona without the benefit of air conditioning.

Two years in grammar school in the San Fernando Valley (plus a visit to Disneyland shortly after opening) led to the 4th grade in Oregon. A family emergency required moving to a red-dirt farm in rural North Carolina. Jim had the distinction of being the only person to ever have transferred into J.F. Hurley Combined School (K-9). As many of the other students had never been outside Rowan County, Jim's travels and knowledge of American geography caused some friction (having lived there, he corrected a teacher's pronunciation of the Willamette Valley - it is NOT William-ette).

The 5th grade was in Richmond, Virginia, then back to Hurley, then a move to Tampa, Florida, followed by a final move to N.C. With the passing of his step-grandfather, the family returned to Los Angeles where Jim attended two junior high schools and three high schools. These last years were interspersed with extended visits to Hawaii during multiple family crises.

Graduating from Taft High School (Woodland Hills, Calif.) with a GPA of 1.9, Jim had the good fortune to be accepted to the University of Southern California solely on the basis of his SAT scores (he nailed 'em!) but without, however, any financial aid. With help from his mother and by working two jobs, Jim graduated in 1969 (A.B. History, specializing in British Constitutional History Prior to 1485) and was accepted to the U.S.C. Law Center. A year of associating with other law students convinced him he was in the wrong place. In 1971, he received a B.A. Economics cum laude and on the Dean's List. A year of graduate school in International Public Administration ended with his appearance on two t.v. quiz shows ("Split Second" and as the first contestant on "Joker Is Wild" to pull the handle) where he accumulated enough money to spend 1973 in Europe.

At first traveling with a friend, he visited London, Amsterdam, Spain (Barcelona, Sitges, and Ibiza), Amsterdam, Sweden (Gottborg and Stockholm), Amsterdam, and on his own to Munich, Florence, Rome, and a small village on the coast north of Naples. After returning to Amsterdam, his mother wanted him at her re-marriage. Following the honeymoon, his mother and step-father sent him and his oldest step-brother to Hawaii to get acquainted. His step-brother returned to L.A., and they never saw each other again. JIm stayed in Waikiki for the next three years, working as the bouncer at various bars, maker of puka shell necklaces, and busboy and eventually table-service waiter at a very up-scale country French restaurant.

A bout of island fever caused him to move to San Francisco in 1975 where he was acquired by Boo, The Cat, who was one of the great loves of his life - who almost made it to 24-years old. After a stint with the Department of Social Services at an experimental school for children in emergency shelter care, he started with The San Francisco Foundation, eventually working his way up to Program Executive. He had the misfortune to watch almost all his friends succumb to AIDS as the plague ravaged the community. Friendship came hard after attending over 50 funerals in less than two years.

A move to Palm Springs in 1989 where he had been offered a position as director of a new foundation turned disastrous when the founder turned out to be a crook. As a recession was on, he was encouraged to move to Santa Barbara by friends who had moved there from San Francisco.

At Marketing Bulletin Board, an advertising/publishing company, he worked as a manager of customer service, managed 50 b-t-b mailing lists, and as associate editor of SAM (a Addy-winning national business magazine for sales, advertising, and marketing executives for which he was rewarded for inventing the name - how creative was that?). A major health crises in 1996 required multiple surgeries which he was not expected to survive. However, after a period of working at home, he returned to 10- and 12-hour days as the company was failing. Another crisis in 2002 put him on permanent disability.

The expense of living in Santa Barbara caused a return to Palm Springs in 2004, just in time to buy a house before the market crashed. He spent his final years dealing with multiple health problems (advanced glaucoma, severe neuropathy, the internal scaring resulting from many surgeries, among others) with as much dignity as possible. Spending much time alone but never lonely, he was ready to go when the time came. His only wish was to be reunited with Boo, Samantha, and Elvira (and even Oliver, the corgi) and spend eternity providing a lap in return for purrs. He never met a cat he didn't like, a statement which was only rarely true with humans. He also thought that the opposable thumb was an evolutionary mistake.

Two long-term relationships preceded his time with Glenn Wilhite. Together since 1988, Glenn provided the companionship he needed until the end.

At the end, looking back, he felt his biggest accomplishment was that he survived as long as he did. An early aficionado of extreme sports - free climbing on decomposed granite and body surfing (it is extreme if you do it alone, at night, naked, and on acid) - his accumulating health problems precluded very much activity in his final years. Having experimented with alcohol and marijuana as early as 1963, he ran the gamut throughout the 70s and 80s, returning to his own potent mixture of brandy and white rum to ease his evenings. He often laughed that his drug use prevented some possible success but also kept him from committing suicide, something he first considered in 1959 while attending school in North Carolina. Yes, it really was that bad.

Preceded in death by his parents (he had no contact with the family of either after 1987; father from Mississippi, mother from North Carolina, he definitely did not fit in with either as conservative Republican Evangelicals tended to bring out his most inappropriate observations. It seems any mention at Thanksgiving dinner in New Albany, Miss. of drag queens interacting with a guy in full black leather on Polk Street in San Francisco is taboo - who knew? It was generally agreed they would have everything east of the Arizone; he got everything west. He was sure he got the better part of the deal.