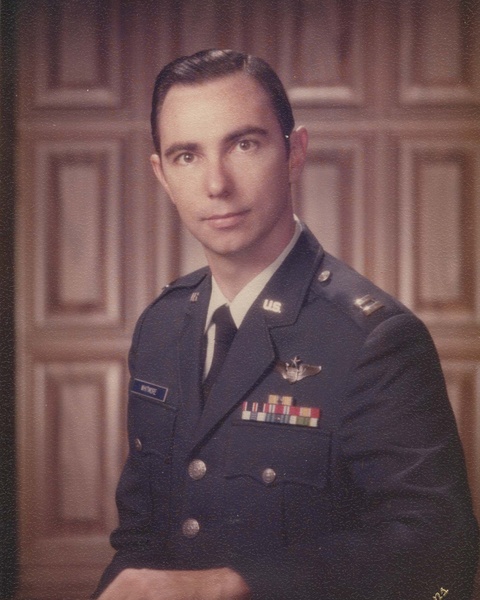 James A Whitmore passed away September 22, 2022, at the age of 72. Jim was an interesting, intelligent, adaptable man, who lived his best life all over the world; first with his parents, then with the Air Force and his wife of 42 years, Ellie Berry Whitmore.

Jim was born in Honolulu, Hawaii, July 7, 1950, to Chief Aviation Technician Carl Spencer Whitmore and Virginia Lenore Hemstreet Whitmore. They moved to Miami in 1952 where Jim’s dad worked for the airlines at Miami Airport. His father rejoined the Coast Guard Air in 1957, did one year training Millington, TN, a 3-year assignment in Guantanamo, back to Millington for another year and more training. Jim attended 3 different schools in one year with all those assignments. The family’s last move was to Port Angeles, Washington where Jim attended and graduated high school. The military was his life from the day he was born. His parents instilled in him a sense of responsibility and patriotism. He enjoyed the moves, the new schools and the varied experiences they had. Continuing with the military was a perfect fit for Jim.

Jim attended the Citadel in Charleston SC graduating in 1972 with a BS in Business Administration. He joined the Air Force on August 15, 1972, and was assigned to Cannon AFB, New Mexico as a Personnel Programs Officer. n 1975, at Mather AFB, CA, he cross-trained, becoming a Navigator, Electronic Warfare Officer (EWO) for the F-105. He volunteered for Vietnam because he was single, but was assigned to George AFB, CA. During his tour at George AFB, he met Ellie Berry. They were married on April 19, 1980, and in July they were transferred to a Staff Position in Seoul, S Korea. They were off on what proved to be a lifetime of adventures and travel.

After Korea, he returned to Mather AFB, CA as a Senior Navigator Training Officer, while also completing his MBA. After 4 years he was assigned to Elgin AFB, Florida as an Intelligence Officer and flew F-16"s utilizing his Electronic Warfare abilities.  After 3 years he was transferred to Misawa Air Base Japan, assigned as Intelligence Officer and flew F-16s as an Electronic Warfare Officer along with Japan Air Self-Defense Force and U.S. Navy. His last assignment was to Fort Irwin as an Air Operation Officer for Air Force joint training exercise.

Following his retirement from the Air Force, Jim worked for the government for 20 years, mostly in Washington, DC. On 9-11, Jim was in a briefing in Crystal City across the interstate from the Pentagon. The meeting ran long, and he was late for an interview in the Pentagon. That late meeting saved his life. While living in Virginia, Jim and Ellie enjoyed touring the wineries of Virginia with a goal of visiting them all.

Jim and Ellie retired in 2014. They toured the southwest U.S. searching for a place to "settle" ending in Mesquite, NV.

Jim finally had time to indulge in his passions of playing bridge, golf, and his newly acquired joy for flying Radio-Controlled Aircraft. He always had the biggest smile on his face when he had the controller in his hand and the "bird" in the air.

Jim and Ellie continued their travels to the Beaches of Normandy, which was very emotional, and to Tahiti which was great fun. COVID put an end to plans for taking a Danube River Cruise as well as a trip to Scotland Jim and Ellie had planned.

He made many friends in Sun City who will all miss his great smile and his sense of adventure and fun.

Cancer of several types attacked Jim's body. He was a warrior! Jim fought an incredible battle, out living all the predictions and amazing the doctors with his grit until the very end.

Preceding him in death were his grandparents, mother and father. He is survived by his wife Ellie, his cats Daki and Wiki, brothers-in-law Tony and Paul Hamm, sister-in-law Patty Sologic, a niece and nephews as well as many, many friends all over the world.