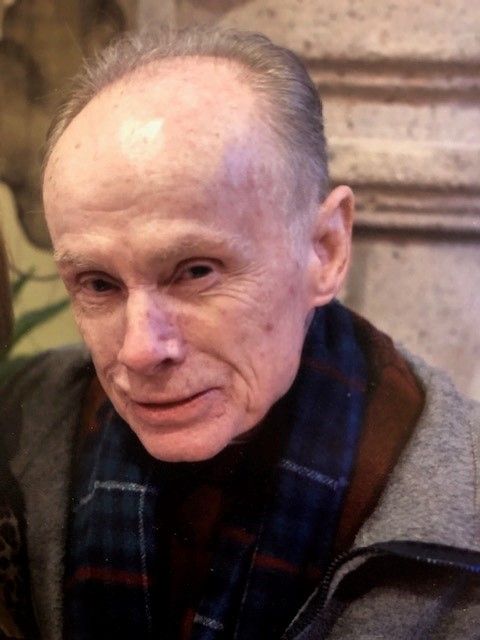 Jim grew up in the Queensbridge Projects in Queens, New York, where he attended St. Patrick's Elementary School and Power Memorial High School in New York City, before his family moved to Long Island where he graduated from high school at Amityville High School.

After high school, Jim entered the United States Air Force in December, 1952 where he served as a communications intercept operator until his honorable discharge in 1956. After serving in the Air Force, Jim began working for Eastern Airlines in 1957. He was involved in communications, customer service, training and all facets of airport operations in management and leadership positions at La Guardia Airport (New York), Hartsfield Airport (Atlanta), LAX Airport (Los Angeles) and San Antonio International Airport. He retired from Eastern Airlines in 1989. After retiring from Eastern, Jim went back to school and received his Associates Degree from San Antonio College in Paralegal Studies with Honors. He became one of the first paralegals to be Board Certified by the Texas Board of Legal Specialization in the area of Civil Trial Law. He began working at Bayne, Snell & Krause where he worked until his retirement in 2020. While working at Bayne, Snell & Krause, he assisted trial attorneys in trial, mediation and arbitration in over 40 cases in state and federal court.

Jim married his wife, Maria Olivia Ramirez Young on January 30, 1960. They were married for 54 years before Olivia passed away in 2014.

Jim is survived by his three children, Kathleen Franzoni (Dave), James P. Young (Gina) and Rosemary Young (Steve Anderson). He also leaves behind three granddaughters who he was extremely proud of, Caroline Nicole Young, Madison Brooke Young and Sarah Concepcion Franzoni. He is also survived by his sister, Joan Joy, numerous sisters-in-law, brothers-in-law, nieces and nephews. He was predeceased by his brother Michael Young and sister Margaret Ziti.

Jim's accomplishments and service to his community included: coaching CYO basketball; CCD teacher; Board Member for the PTC at St. Gregory the Great Catholic School and Ursuline Academy; Knights of Columbus (Past Grand Knight/District Deputy/State Committees); Voted one in five Outstanding District Deputies in the State by the Texas State Council of the Knights of Columbus in 1980; Appointed as a delegate to the 1980 Supreme International Convention of the Knights of Columbus in Atlanta 1980; Board Chair of the University Health System North Side Clinic; Chair of Neighborhood Revitalization Alliance; CASA volunteer; Co-Chair of the UT Health Science Center fundraiser for their Premier (Preemie) Program; Volunteer at the Starving Artists Show for the benefit of the Little Church of La Villita; Roadrunner Club at UTSA; Past President of Pastoral Council at St. Gregory's; Co-Chair of 40th Anniversary celebration of the founding of St. Gregory's Parish and School; Chairman of the Gala and Tribute in Honor the Presentation Sisters on the 40th Anniversary of their service to the community and school of St. Gregory's Parish; Member of the Southern Poverty Law Center (Wall of Tolerance Honoree); English as a Second Language Teacher for recent immigrants at the Presentation Ministry Center on the westside of San Antonio.

In lieu of flowers, memorial gifts may be made to the Presentation Ministry Center, 2003 Ruiz Street, San Antonio, Texas 78207, an organization with the mission of welcoming immigrants to a community of education and inspiration leading to opportunities and empowerment.
To order memorial trees in memory of James E Young, please visit our tree store.
Send a Sympathy Card